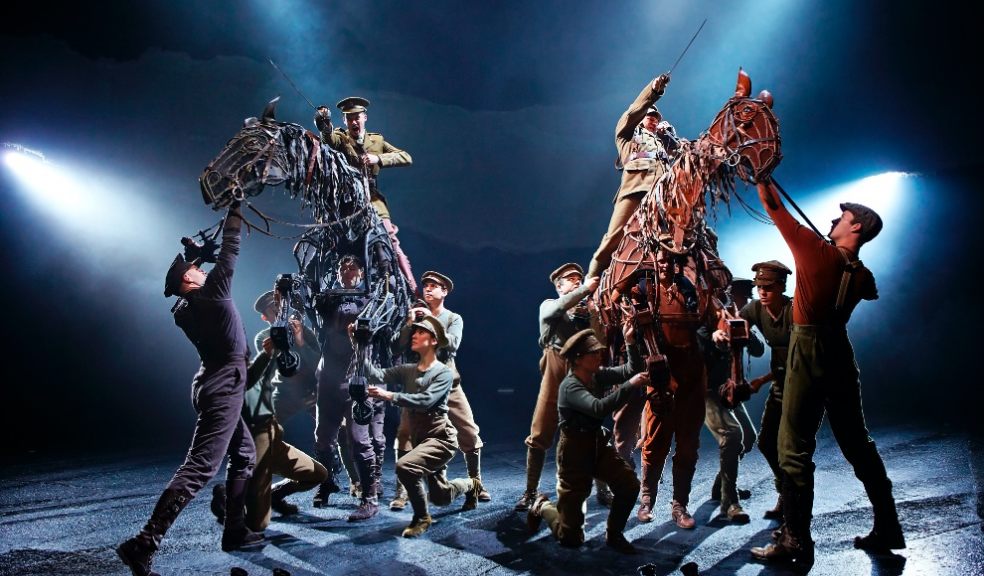 THIS November, Nick Stafford’s on-stage adaptation of Michael Morpurgo’s esteemed novel, War Horse, returns to Vue Exeter for the first time since 2014 – and tickets are on sale now.

From Wednesday 11 November, thespians and film-lovers alike can watch this powerfully moving and imaginative drama, as National Theatre Live: War Horse is screening back on the big screen for the first time in six years - and for six weeks only.

Filmed in front of a live audience, Stafford introduces the stage to the story of young Albert’s treacherous mission to find and return his beloved horse Joey who, at the outbreak of World War One, is sold to the Cavalry and shipped to France.

Prepare for a breath-taking production, as Stafford’s adaptation includes the use of life-size puppets who portray breathing, galloping and charging horses in this thrilling stage-play.

Fred Aylett, General Manager at Vue Exeter, said: “We’re always thrilled to announce the screening of theatre productions on the big screen at Vue, but we’re particularly excited about the return of War Horse.

“This show has delighted millions of people around the world since it was first performed in the National Theatre in 2007 – and it’s a production with such jaw-dropping inventiveness that it’s really not one to be missed for fans of theatre or film-goers.

“We’re really happy to be able to continue welcoming customers to enjoy a great selection of big screen entertainment, and we hope to see many more taking the opportunity to escape, switch off and be inspired in-front of the big screen over the weeks and months to come.”

Not only can customers at Vue escape to luxury in the ultimate seat, screen and sound, but they can do so in the safest possible way, thanks to the range of measures introduced to keep staff and customers safe. These include a booking system with in-built physical distancing, reduced touch points, hand sanitiser throughout the site, and staggered film start and end times to avoid crowding.

Tickets are available now at myvue.com. For more information on the safety measures being implemented, customers can visit myvue.com/staysafe.