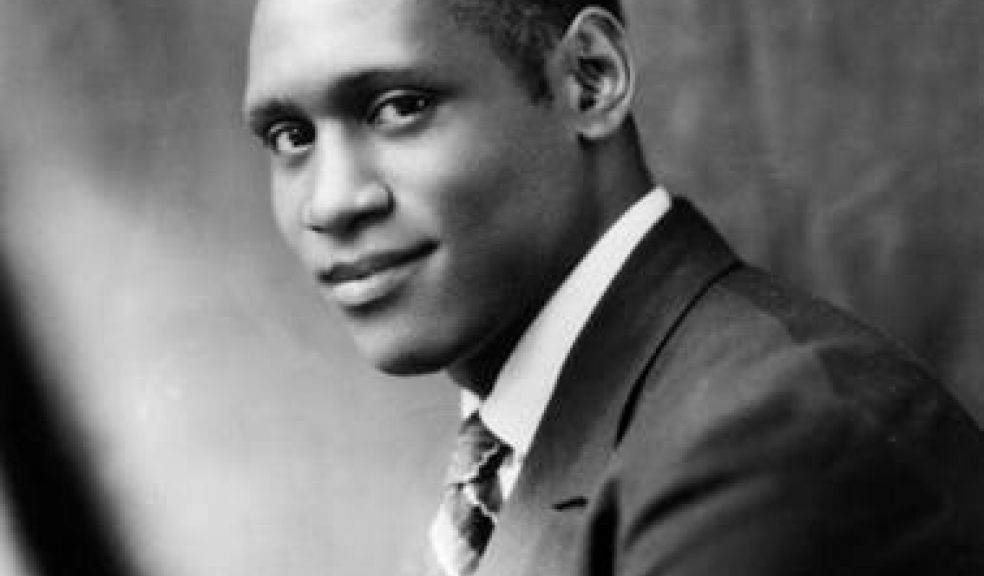 The Life and Times of Paul Robeson

A Lecture with the voice and songs of Paul Robeson by Joe Stead – Britain’s leading authority on Paul Robeson.

Born in 1898 in New Jersey, a time when segregation was legal in the United States, and the lynching of black people by white mobs was still a common occurrence, African-American Paul Robeson became a successful athlete, singer, actor and advocate for the civil rights of people around the world.  Joe Stead, who has both met and sung with Robeson, presents a fascinating insight into the life and times of this remarkable man, who possessed one of the finest voices of the 20th century.

The determination to challenge social injustice was an integral part of Robeson’s upbringing.  His father was a runaway slave who went on to graduate from Lincoln University, and his mother came from a family of Quakers who worked for the abolition of slavery.  Throughout his life, Robeson experienced prejudice and discrimination, but wherever he went, he spoke out against racism and used his deep bass voice to promote equality, to share the cultures of other countries, and to benefit the labour and social movements of his time.  Hounded by the FBI, loved by Moscow, he was a one man civil rights movement.  He turned the song ‘Old Man River’ from a trite musical number to a powerful song to support the oppressed black people of America.  The State Department at that time declared that “Robeson is one of the most dangerous men in the world.  He is a direct threat to the security of the United States”

Robeson spoke and performed not only at theatres and festivals but at strike rallies, conferences, and labour festivals worldwide throughout the 1930s, 40s and 50’s  The U.S. revoked his passport in 1950, leading to an eight-year battle to re-secure it and to travel again.  During those years he studied Chinese, met with Albert Einstein to discuss the prospects for world peace, and published his autobiography “Here I Stand.”

Joe Stead, having met and sung with Robeson when he was 17, presents a lecture rich with stories about Robeson’s ambitions and achievements.  Recently televised by BBCTV News with regard to the song “Swing low sweet chariot” and his book ‘The Ramblings of an old Codger’ Joe has also made TV appearances on “Sunday Brunch”, and the BBC production “Sea Songs”.  Joe stood for Parliament in the last General Election for the Calder Valley Constituency as an independent candidate under the banner “World Peace through Song”.  Something Robeson would have both supported and applauded.