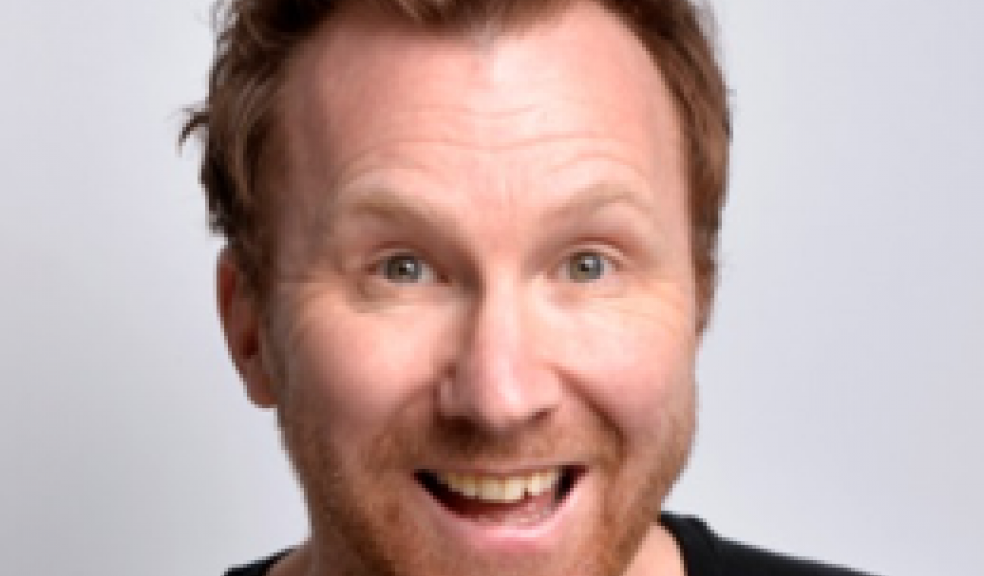 ‘The Man With Three Brains’ is a brand new show from the highly acclaimed and extremely funny comedian, Jason Byrne.

Following his hugely successful 2016 tour, ‘Propped Up’, the hilarious Jason Byrne will be returning to the stage from October this year for 37 dates across the country, stopping off at Exmouth Pavilion on Thursday 12 October 2017.

Jason is bringing back his famous warm and generous stagecraft. His 2016 UK tour saw silly props in the form of giant ducks, rubber hands, owls, big wooden pegs and amazing magic stunts which had audiences laughing up and down the country. It’s time to peel back the madness that’s inside Jason’s head, revealing all three of his brains working individually.

Jason has three brains which kick into action when he hits the stage. His left brain scans the audience and room, looking for improv moments. His right brain collates stand-up material and stunts, poised to dish out the funnies at speed. His centre brain is Jason’s coach, pushing him to the limit.
The fastest thinking comic around will not only trip himself up, but probably you too.

‘The Man With Three Brains’ will open in Aberdeen at The Lemon Tree on 1 October 2017, and then tours the UK, currently finishing in Southend at The Palace on 3 December.

On announcing the tour, Jason said: “On my last tour, I created an entire show full of props, and the audiences couldn’t stop laughing. I wanted to show them some of the method behind the madness, peeling back to reveal my three brains. It’s going to give audiences an insight into the my mind with a lot of laughs along the way!”

It’s been a busy few years for Jason.  In addition to his extensive touring worldwide, his Radio 2 Show was awarded the UK radio industry’s prestigious Sony Radio Gold Award.  As well as fronting a brand new studio based comedy chat show Jason Byrne's Snaptastic Show for TV3 in Ireland, he is co-host of Sky’s hugely popular entertainment programme Wild Things on Sky1.

Also seen on Live at the Apollo (BBC1), The Royal Variety Show (ITV1), The John Bishop Show (BBC1), and Father Figure (BBC1) of which he is creator and star.

What the critics have said about his previous tour:

“The outright king of live comedy” The Times

Tickets cost £19.50 and are available at  www.ticketmaster.co.uk