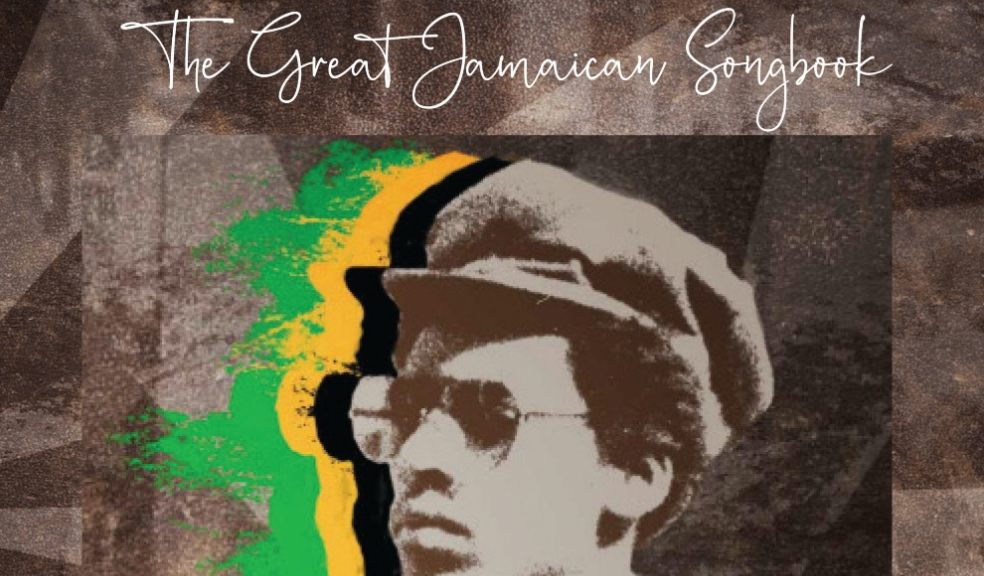 One of the greatest male jazz singers, Cleveland Watkiss MBE, will be celebrating Jamaica’s long history of pioneering musical sounds in Exeter on 10th April.

March 2022 marked the launch of ‘The Great Jamaican Songbook’ album and tour, the new project by the multidisciplinary artist.

A truly inspirational figure in UK music and recent winner of the 2021 Ivors Composer Award For Innovation,Watkiss’ impact and legacy is felt strongly across an extremely broad spectrum of musical genres. In jazz, he is known as the co-founder of the hugely influential Jazz Warriors big band, as well as his work with the pianist and composer Julian Joseph and as a much-respected solo artist, regularly performing at leading venues both in the UK and internationally. As a drum and bass vocalist and MC, Watkiss became the voice of Goldie’s legendary Metalheadz label nights at The Blue Note, a relationship that would lead to residencies and mic duties at some of the world’s biggest and best dance music events, not to mention his work alongside US drum innovator Marque “the innamost” Gilmore and cut master DJ La Rouge, as a key member of the first ever live drum andbass band, Project 23.

There genuinely is no other musician who has made a similar contribution or embarked on such a unique journey throughout their career as Cleveland Watkiss – achieving this by trusting instincts and refusing to be defined, pigeon-holed or to ‘fit the mould’. The proof of this is evident in his work, resulting in a veritable cornucopia of compelling and successful endeavours across these aforementioned genres and much more. Now Cleveland returns with a project that is close to his heart – a roots-reggae orientated showcase, interpreted and presented in a way in which only an artist with such extensive musical knowledge and experience could ever create.

The Great Jamaican Songbook guides listeners through the origins and development of Jamaican music and culture, beginning with the legacy of The Alpha Boys school and under tutelage of ‘The Nun’ Sister Mary Ignatius Davis and expanding outward in a poignant tale of the life and times of many of the island’s most inspirational figures. Both the stories behind the work and the music itself enhance each other, culminating in a compelling experience destined to stimulate all senses. Recorded at Zak Starkey’s studio, The Great Jamaican Songbook features iconic songs from the greats such as Gregory Isaacs, Dennis Brown and Burning Spear, but also shines a light on rare hidden gems from labels such as Studio One, Coxsone Dodd and TuffGong, producers like King Tubby and Lee ‘Scratch’ Perry, music from singers such as Delroy Wilson, Prince Lincoln and many more artists who receive less international recognition than they deserve. This ideal balance means that audiences can enjoy familiar music while discovering many other songs and stories for the first time.

The band that Watkiss has recruited for The Great Jamaican Songbook are a who’s who of celebrated UK jazz, pop, reggae and funk legends, each with their own strong reputation both within these scenes and way beyond. Names such as multi-instrumentalist Orphy Robinson MBE, revered trumpeter Byron Wallen and Jamaican saxophonist Ray Carless, provide further indication of the high quality of both the album and live show.

Cleveland Watkiss has enhanced the projects of many of his musical colleagues, including artists and organisations as varied as The Royal Philharmonic Orchestra, The Dusseldorf Symphony Orchestra, Wynton Marsalis, Bob Dylan, Jackie Mittoo, Keith Richards, The James Taylor Quartet, Art Blakey, Sly & Robbie, Abdullah Ibrahim, Stevie Wonder, Talvin Singh, Bjork and many, many more. The perception of Cleveland Watkiss as a valuable collaborator to so many successful endeavours further fortifies Watkiss’ status as an artist at the top of his game. The Great Jamaican Songbook is an important and essential edition to 2022’s musical calendar: a recording and event not to be missed.

Tickets for The Exeter date are available here: http://www.exeterphoenix.org.uk