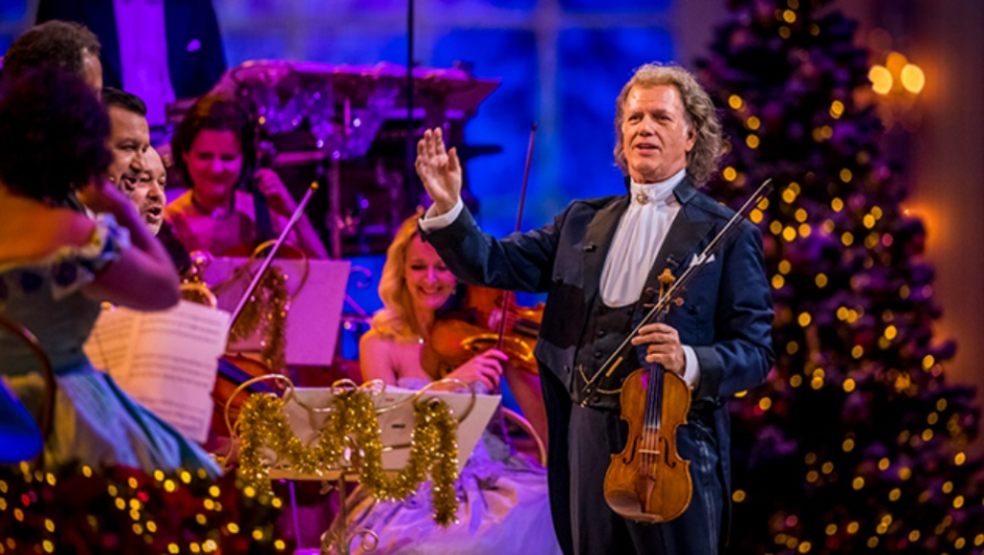 André Rieu, Cliff Richard and Sutton Foster take centre stage at the home of Big Screen Entertainment, as a selection of musicals, orchestras and concerts fill Vue with music in the coming weeks.

For those who were unable to attend the most fabulous big screen party of the year, another special encore screening of Sir Cliff Richard’s live Royal Albert Hall performance: Cliff Richard: The Great 80 Tour, will be screening at Vue on Tuesday 16 November and Wednesday 17 November. Fans who missed out have another chance to catch Sir Cliff’s most exciting tour yet as he plays a selection of his greatest hits to viewers who are sure to be swaying in the aisles.

From Broadway to the Barbican, multi-award winning director and choreographer Kathleen Marshall will also bring the new 5 star production of the classical musical comedy, Anything Goes to the big screen. Sutton Foster reprises her Tony Award-winning role as Reno Sweeney and leads an all-star cast alongside three-time Olivier Award and Tony Award winner, Robert Lindsay; Evening Standard Theatre Award winner, Felicity Kendal; and beloved West End Legend Gary Wilmot, in this story of true love on the S.S American. Cinema-goers can catch this hilarious musical romp as it sets sail into Vue on Sunday 28 November and Wednesday 1 December. Select venues will also be holding extra screenings on Tuesday 30 November and Tuesday 7 December.

On Saturday 4 December and Sunday 5 December, The King of the Waltz also returns to the big screen to mark the most wonderful time of the year, in Christmas with André. Set in decked halls at André Rieu’s new Winter Palace in his hometown of Maastricht with over 150 chandeliers, 50 Venetian candelabras and a landscape filled with ice rinks and ice skaters, fans can Get Lost in festive spirit. André Rieu brings Christmas carols, romantic waltzes and festive songs only to be seen on the big screen – including show-stopping performances of Christmas classics like Walking in the Air.

Rachel Bland, Screen Content Manager at Vue Entertainment, said: “Alongside the raft of blockbuster movies released recently, we have an exciting selection of event cinema on offer in the coming weeks, providing something for all

“From the return of fan-favourites like André Rieu and Sir Cliff Richard to the arrival of even more musicals on the big screen, there’s a massive variety of events for fans to enjoy at the home of big screen entertainment.”

Vue is now also offering memberships, including a host of exclusive treats and rewards, completely free. Vue Members can receive rewards and freebies straight to their account including free treats and snacks. Also included with memberships are self-refundable tickets, providing the ultimate flexibility and allowing Members the opportunity to self-refund any ticket purchased online up to three hours prior to the screening – great for when things don’t go as planned and need to change to another screening.

More information and tickets are available from myvue.com.