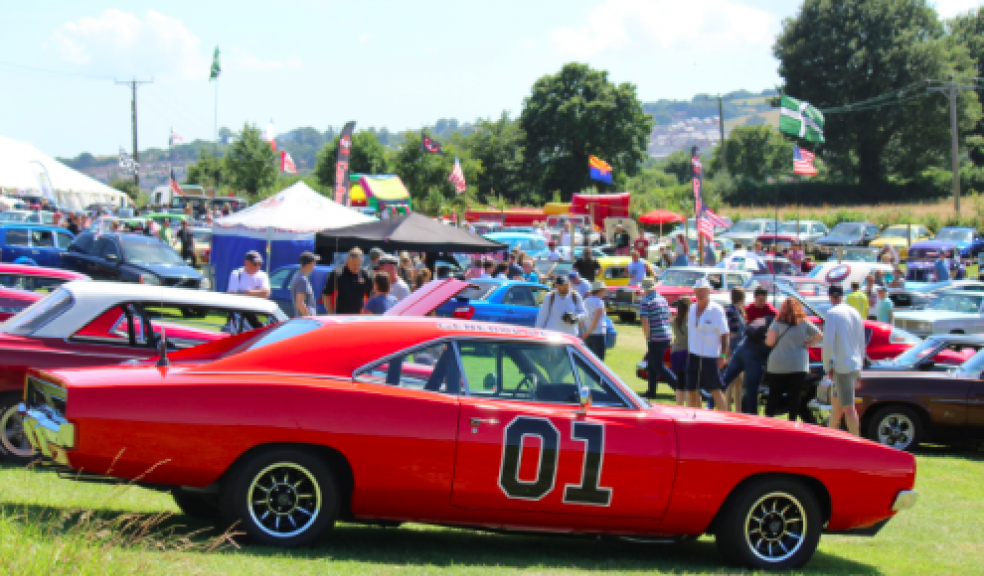 The South West’s largest gathering of American classics, hot rods and muscle cars – including Mustangs, Cadillacs, Chevrolets, Pontiacs, Buicks, Jeeps and a host of other American vehicles – returns to Cofton from 29 June to 01 July for a weekend of competition, V8s, a mega-car cruise, music, food, fun and entertainment.

Now in its fifth year, this annual celebration of iconic American cars and vehicles is set to kick off on the evening of Friday 29 June with a party in the marquee, live Rock ‘n’ Roll, Country and Western, and Rockabilly performed by Western Rock.

On Saturday, a cavalcade of over 100 classic American and Canadian cars will set off from Cofton at 11am, cruising through Dawlish to The Green at Dawlish Warren, where members of the public can soak up the sights and sounds of America’s mighty muscle cars completely free.

From 2pm, there’ll be a finger lickin’ barbeque and beverages back at base, followed by Cofton’s annual dog show in aid of the Dog’s Trust, which this year features an agility course and a host of categories including best junior dog handler, best dressed dog, and best in show.  Face painting and circus skills classes will run alongside the event.  All money raised from entries into the dog show will go to the charity.

In the evening (from 9pm), internationally acclaimed Elvis impersonator, Adam Carter, takes to the stage to perform ‘The King’s’ greatest hits.  Guests are encouraged to put on their finest 50s outfits, with a £50 prize for the best dressed couple, and the evening closes with a fabulous firework display.

On the Sunday, over 200 of America’s best known classic cars and vehicles will be on display from 10am-4pm. Visitors can get up close and personal to the throaty purr of their engines and learn about their rich history.

America’s finest will compete in a series of classes including the Director’s Cup, Best in Show, Best Custom Car/Hot Rod, and the People’s Choice; the winner of which takes home a huge cup imported from the US.

In addition to great barbeque food and local ales in the main marquee, showgoers can look forward to bouncy castles, family entertainer Paul Zee, stilt walkers and Uncle Sam. Cofton’s entertainment team will run a host of kids’ club workshops throughout the day.

Commenting on the show, event organiser Keith Bloomfield, said: “The Cofton American Car show is the biggest and best in the West, and it’s growing year on year.

“We’re hoping for a sun-drenched weekend so that owners can buff up their beasts and beauties and show off America’s best to the crowds of onlookers.  At just £5 per person for the entire weekend, it’s great value, and if you arrive in an American vehicle, you’ll even be given free entry for up to two people.”

Touring pitches for the weekend are available from £29 per night and come with free entry to the show.

For more information on Cofton Holidays including camping and caravan pitches, holiday homes, apartments and cottages visit: www.coftonholidays.co.uk or call 01626 890111.