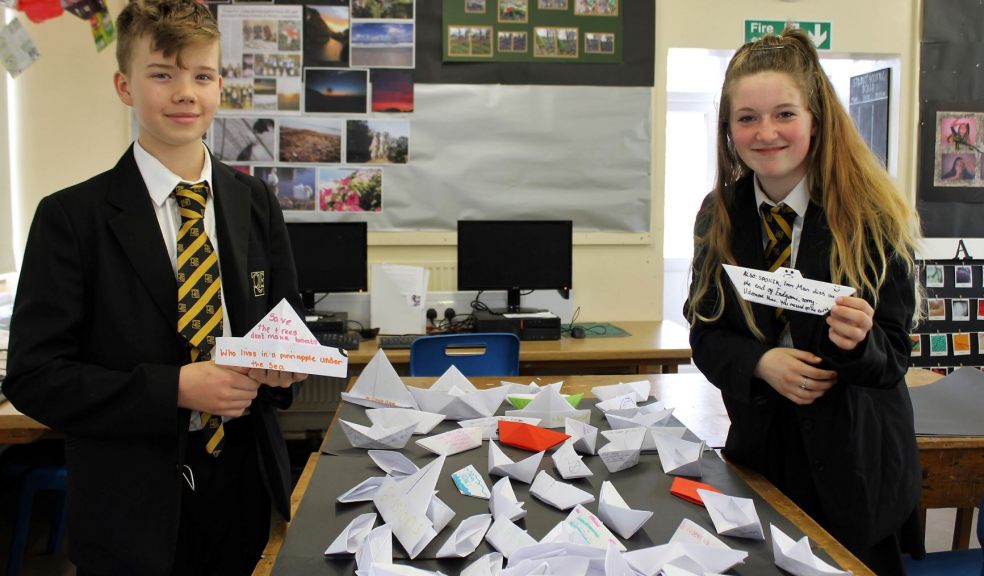 QE Students have found a creative way to call for change in the shipping industry to reduce its impact on Climate Change by sending over 1000 paper boats, with personal messages of protest, to the International Maritime Organisation (IMO) meeting held in London on Tuesday.

Primary and Secondary schools, Youth Groups and Universities, from around the country, are joining forces to lobby for change and flood the meeting with handmade paper boats as a Nationwide protest against the Shipping Industry.

Heading up the initiative at QE is Art Teacher Sandra Elson, who said; “By asking the students to contribute boats to this protest, not only do they develop awareness around a hugely critical environmental issue, but they also get to exercise their political voice and stay in school, it benefits everyone!”

Around 90% of global trade is carried by sea in a merchant fleet of around 50,000 ships. With the exception of China, the US, India, Russia and Japan, who are very large contributors, the shipping industry’s carbon footprint is greater than any other single country in the world.

In 2018, the IMO met and agreed to half emissions by 2050 however according to environmental campaigners global shipping emissions need to halved by 2030 and at zero by 2050 to avoid catastrophic climate impact from shipping pollution.

QE Students will be tackling Action on Climate Change, in detail, in their Personal Development Programme next term.