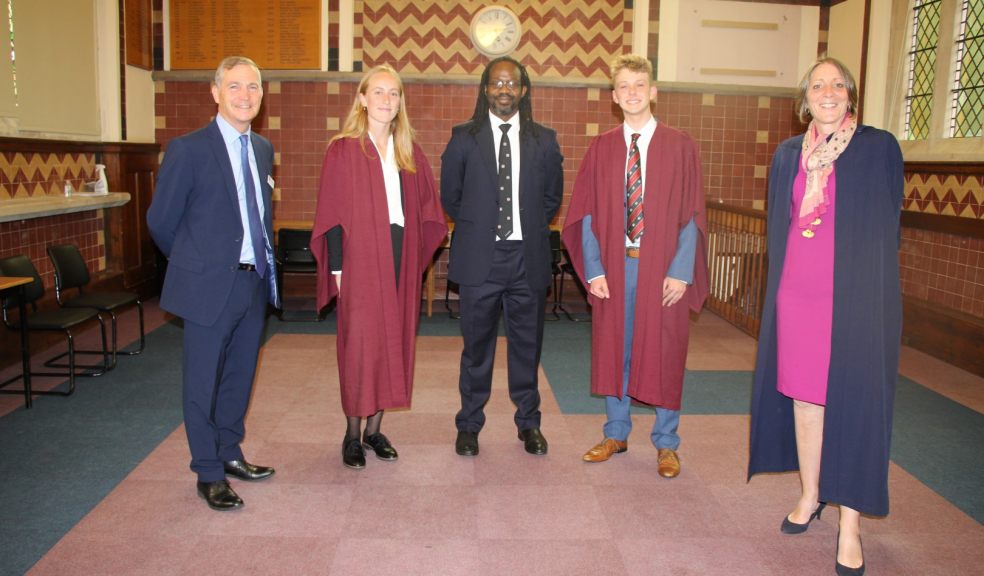 Speech Day was held on 23 September, and during the day, Ikenna gave inspiring talks to individual year groups on turning your dreams into goals, and diversity and inclusion, using his own experiences of integrating into Exeter School in the 1990s from Nigeria.

For his main address in the evening, Ikenna gave an interesting presentation on the path that led him to Exeter School, the importance of accepting others and celebrating diversity to senior pupils, 2021 leavers, parents, teachers and governors.

Ikenna is a seasoned human capital advisor who focuses solely on helping clients, both organisations and individuals, achieve the optimum return on their talent.

He began his career as an executive recruiter in January 2000 and has worked with corporate clients and individuals across a range of industry sectors on four continents on a wide variety of talent advisory projects. IK has assisted blue chip corporates in setting up new business units, growing market share in established territories and achieving greater diversity in their talent pools. He has also helped entrepreneurs build brand new companies and create compelling employee value propositions to support healthy growth.

He also works with individuals – including those from minority ethnic backgrounds – looking to accelerate their career trajectories through faster promotions, job interview coaching or advising on contract negotiations.

IK is a keen athlete who played semi-professional rugby in the English national and regional leagues for 15 years alongside his career as a head-hunter. He also spent the 2011-12 season as Chief Executive of a rugby club which he led to its first league promotion in 12 years.

Ikenna said: “In a day filled with highlights, perhaps the most enjoyable for me was the number of smiling faces I saw amongst pupils and staff alike. The school was a generally happy place in my time there and it was heart-warming to find it even more so today.”

Ikenna found the heads of school - who gave him a tour of his old school - charming, intelligent and very likeable – and all excellent ambassadors of Exeter School.

“They gave me a tour of the old school so I could observe many of the physical changes – the beautiful library that once housed my dorm and study room in School House; the expanded sports hall with its impressive 25m swimming pool; the much larger Sixth Form Common Room (or Centre as it’s known now) – as well as the features that were much as I remembered them.”

Ikenna was delighted to reconnect with teachers Giles Trelawny and Guy Willson as well as Jo Murrin, the sister of a good friend.

“I was very impressed by the passion of the Head, Louise Simpson, with whom I spent a decent amount of time.  She has a great team supporting her, including the Board of Governors, and a new cheerleader in me. Thank you, Exeter School. You made this old boy’s year!”

Chairman of Governors Andrew Gaisford led the Speech Day ceremony during which Head Louise Simpson gave a summary of the year’s achievements, praising senior pupils and their teachers upon the excellent public examination outcomes of summer 2021.

Heads of school Lauren Hughes and Ben Reynolds closed proceedings with a vote of thanks to the guest speaker.