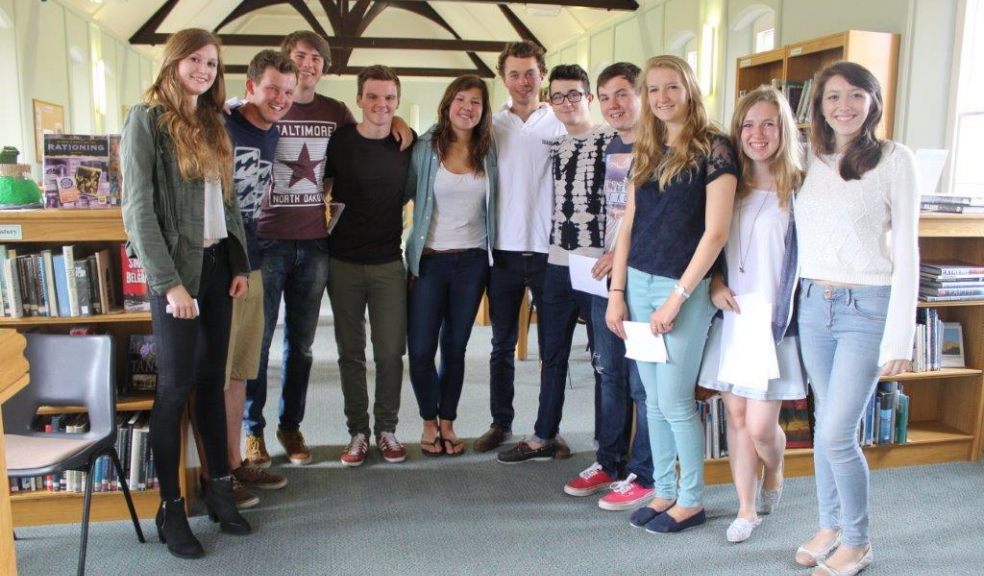 Exeter School pupils, parents and staff are celebrating another set of very good A Level results with an overall pass rate of 100% for the tenth year in a row.

There were many high achievers with over one third of pupils achieving three or more A* or A grades.

Head Boy Harry Vercoe scored three A*s and one A grade and has secured his place at Cardiff to study Medicine.

Lulu Chrupek, Will Parry and David Salmon all scored three A*s. Lulu intends to take a year off and apply to study Human Sciences at Oxford University. Will is going to read Economics at the London School of Economics and David is off to Imperial College London to study Electrical and Electronic Engineering.

Headmaster Bob Griffin said: “This is a pleasing set of results for a year group which has worked hard and contributed hugely to the extra-curricular life of our busy school. They can look forward to their university careers with confidence. I congratulate all our pupils and staff, whose hard work has paid off.”