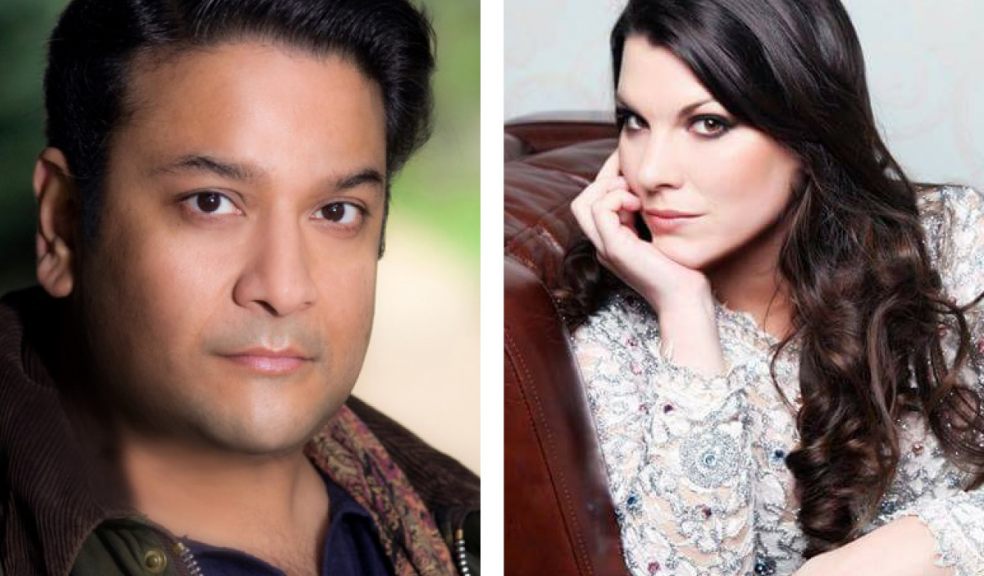 Devon opera buffs are keenly anticipating an evening of exquisite performances in the historic surroundings of Cadhay, Ottery St Mary, on 25 September.

Internationally acclaimed opera singers Anando Mukerjee and Justine Viani will be performing at the black tie event, kindly hosted by Rupert Thistlethwayte and Caroline Prior who are raising funds for Hospiscare.

London-based Anando is well known to Devonians, having previously performed at Cadhay and with Devon Opera. Anando is a lirico-spinto tenor, meaning that he is versatile enough to sing both lyrical and dramatic roles.

Having made her stage debut to great acclaim in the title role of Salome at the Theater der Stadt Heidelberg in 2010, Justine has since performed extensively as an oratorio soloist and gained plaudits for her roles in opera theatres worldwide.

The setting for the night's event will start in Cadhay’s beautiful courtyard, known as the Court of the Sovereigns, which lies at the heart of this stunning Elizabethan manor house with champagne and canape reception.  Supper will be served during the interval

The event is kindly sponsored by Medical & General, independent financial advisors, and East Devon Law, without whom the event would not be possible. Tickets are £75, available now by calling Hospiscare on 01392 688020, or purchase online at www.hospiscare.co.uk/events/opera-at-cadhay-2018.