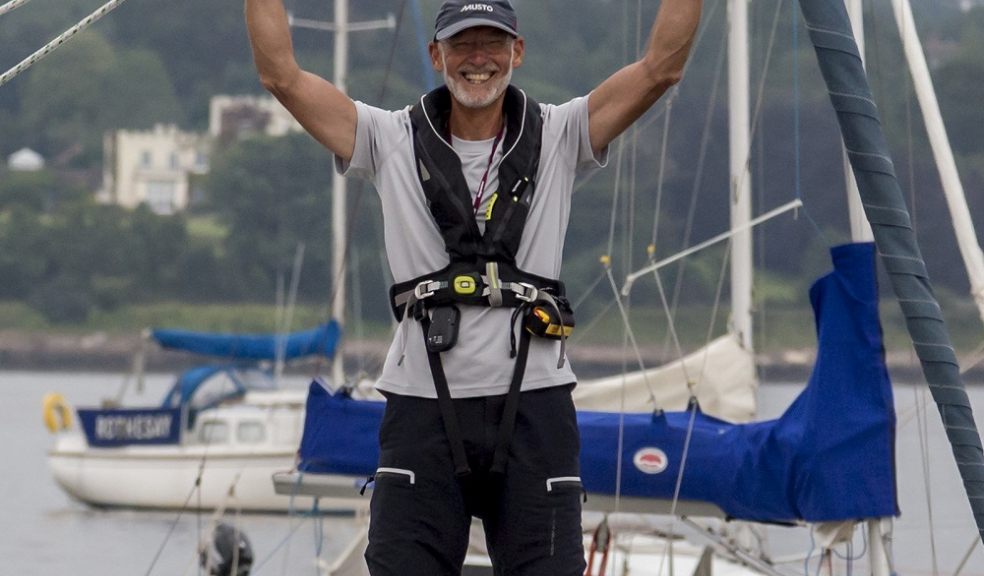 70 year old Derek Hathaway from Exeter has realised his personal challenge to sail solo around the coast of Britain – and including gift aid, raised £4,141.25 for local charity Rainbow Living.

Originally due to depart April 2020, Derek’s plans were put on hold when the UK went into lockdown but with the easing of restrictions earlier this year, he finally set sail on the 20th April.

Derek launched from Starcross Yacht Club on the Exe, sailing anti-clockwise around the coast of Britain. He travelled east towards Ramsgate via the Solent, before heading north to Scotland and the Caledonian Canal before taking a short break exploring the Scottish Isles, returning via Northern Ireland, the Isle of Man, and Wales, and then back to the familiar Southwest coastline. In total Derek spent almost 13 weeks at sea and covered 1,917 nautical miles.

There were challenges along the way – strong winds, big tides, dense fog, a tow into the harbour in Wells, some tricky marina entries, and living alone in a confined space aboard Thalmia, the 32ft Westerly Fulmar yacht that Derek sailed in. However there were also many highs. He enjoyed visiting traditional fishing harbours and established seaside resorts, and spending nights in beautiful anchorages off Holy Island (Lindisfarne), Skye, Jura and Islay.

It was an emotional return to Starcross for Derek, where he was met by cheering friends and family.

Derek said: “It has been an amazing experience and I am so grateful to have had the opportunity to do this. I’ve faced up to many challenges, particularly in my working life, but this was something different and something I would never have thought I would take on! It wasn’t always easy – marathon runners talk about hitting a wall and I can relate to that, but these last three months have given me so many wonderful memories; we have an amazingly beautiful coastline, and I’ve seen some breath-taking scenes and places along the way.