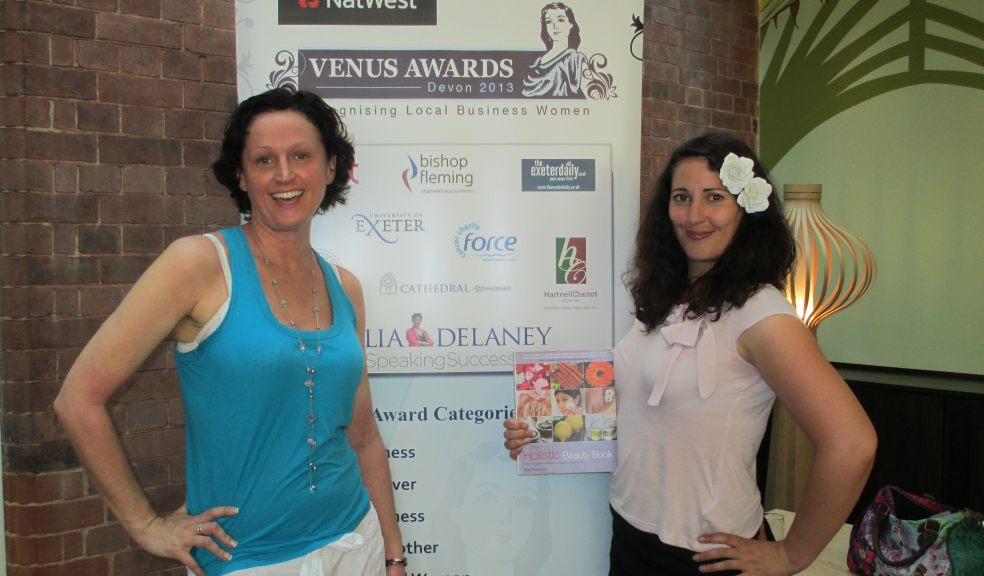 Devon finalists in NatWest Venus Awards, dubbed ‘The Working Women’s Oscars’, have been treated to afternoon tea at the luxurious Magdalen Chapter Hotel in Exeter. The event, which was also attended by several members of the local media, was held to give to give the finalists an opportunity to meet each other and their sponsors.

The awards were launched in March and the finalists where whittled down, by the judges and in some cases, public vote, from thousands of nominations to just 42 finalists – 12 of whom will be announced as winners at the grand awards ceremony at Exeter University in September. The event is being filmed by a crew from Channel Four.

The host for the event, Celia Delaney from Exeter-based company, SpeakingSuccess, says: “The excitement has been building throughout the awards process and I now get an email every day from someone who has taken part to say how thrilled they are and how much it is already impacting their business… and that’s before the winners have been announced!”

The founder of the awards, Tara Howard, says: “Be it nurture or nature, we often underestimate what we can achieve in the business world.  The awards reaffirm to local business women that they are on the right track and provides a confidence boost that may be the first rung on a ladder to endless possibilities.  I often have women coming up to me saying ‘this has changed my life’. To think something as simple as an award/recognition can make such a difference is humbling!   That is why the plan is to expand the awards across the country.  The awards ceremonies for Devon and Brighton are taking place in September, while we are also launching in Bristol and Birmingham at the same time! We are on the search for a national sponsor so we can take Venus Awards to as many local regions across the whole country as possible – and then who knows?”

Below is a list of the finalists for the NatWest Venus Awards Devon:

The Awards Ceremony at Exeter University will be a black tie affair with ladies in long glamorous gowns.  A great chance for the important men and women of the Devon Business Community to network while enjoying fabulous food and drink at what has been dubbed by Channel 4, which is filming the event, as the “Working Woman’s Oscars”. To buy your tickets and be part of the event first hand visit www.devon.venusawards.co.uk]

For more information about the Magdalen Chapter click here.