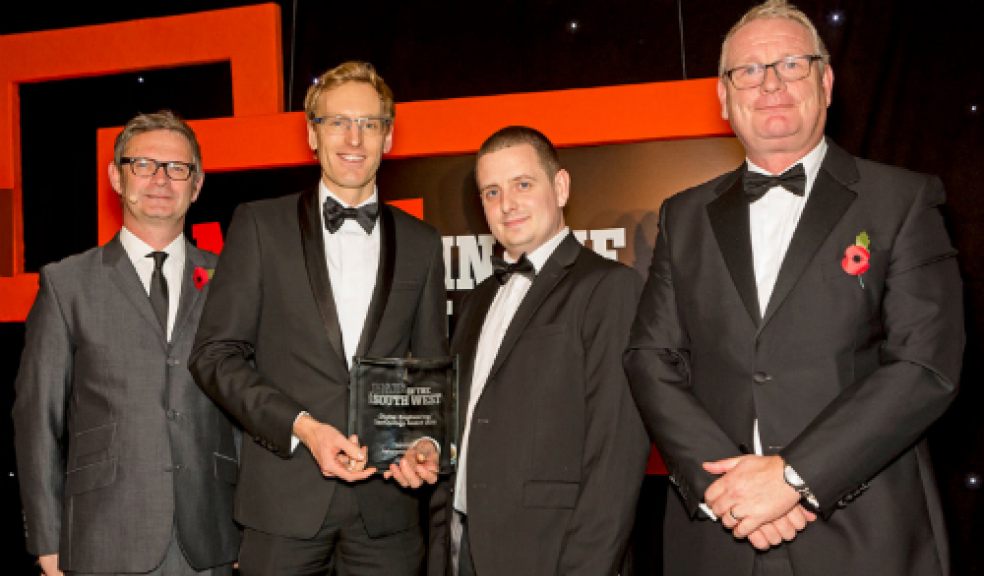 Lightfoot, the creator of the first connected car technology to reward smoother drivers, has fought off a nine-strong shortlist to claim the Digital Engineering/Technology Award at the Made in the South West Awards.

Held at The Bristol Hotel on 08 November, the Made in the South West Awards ‘showcases manufacturing from across the South West and gives the region's companies the opportunity to celebrate their commitment to world-class quality and excellence.’ Winners in each of the 12 categories are automatically entered into the grand final – the Made in the UK Awards – ‘where the best of British manufacturing will be celebrated.’

The award follows a year of continued growth for Lightfoot, having doubled their headcount in the last 12 months and relocated to its purpose-built ‘Innovation Valley’ headquarters near Chudleigh in the summer. After a strong year in the fleet sector, in which the business has added industry-leading customers to an already-strong roster including Virgin Media, Greencore, and Dyno Rod, Lightfoot has embarked on the launch of its industry-leading technology to private motorists through automotive retail giant Halfords.

Collecting the award for Lightfoot, Head of Engineering Calum Roke said: “We were up against some really high-quality manufacturers in this category. We’re delighted to have won the award, particularly given the strength of the engineering industry in the South West. All too often the West Country can fly under the radar when it comes to advanced engineering and technology manufacturing, however we – and all of the other businesses on the shortlist – are proof that the region is standing tall, becoming a force to reckon with. Long may it continue, and long may we keep winning awards for it!”

Lightfoot won the award for its pioneering driver behaviour and rewards technology. Designed to promote a smoother, safer driving style, Lightfoot’s technology uses advanced engine analytics – similar to those used in Formula 1 – to give motorists live feedback on how efficiently they are driving. Users can improve fuel economy and emissions rates by as much as 20% and reduce the risk of at-fault accidents by up to 40%. Drivers adopting smoother driving habits are rewarded with a range of prizes, discounts, and giveaways.

South West Business Insider editor, David Clensy, said: “The South West has one of the largest concentrations of high value manufacturers in the UK. We should be proud of our manufacturing and advanced engineering community – from the great food and drink brands to the cutting-edge aerospace and defence companies; from the vacuum cleaner billionaires to the great digital technology companies driving innovation in the region.”

Lightfoot has been shortlisted for a host of other awards this year including Business Car’s Green Award, Brake’s Fleet Safety Product Award, What Van’s Safety Award, and the Better Workspace Space Awards.