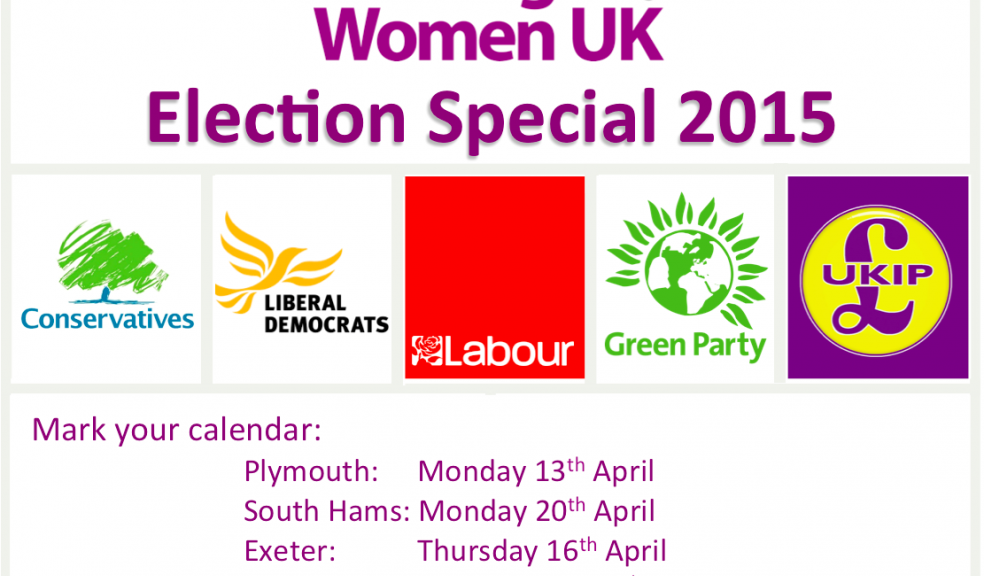 NETWORKING group Leading Women UK will be bringing their series of political debates across the west country in the run up to the general election to Exeter.

The event will include a panel made up of Ben Bradshaw, Labour Party MP for Exeter; Prospective Parliamentary Candidate Dom Morris and PPC Diana Moore for the Green Party.

It will be held at the city’s Mercure Exeter Southgate Hotel as part of the Leading Women UK Political Special 2015 on April 16th from 6pm to 8pm.

The series of debates aims to address the gender disparity in politics. Fawcett Society figures show that men currently outnumber women 4 to 1 in Westminster.

Currently 16% of Conservative 32% of Labour and 12% of Liberal Democrats MPs are women.
Women constitute 32% of elected councillors, but just 12.3% of council leaders in England are
women.

“There are clear disparities between women and men and their involvement and access to politics and therefore public debate and decision-making,” says Rachel Jones, LWUK founder. “The Leading Women UK political special aims to tackle these inequalities and ask political parties why they think these inequalities exist, and what their party aims to do to overcome these?”

Audience members will be given the opportunity to have their questions answered in the lead up to the general election 2015.

The event is one of four which will take part during April in Plymouth, Exeter, the South Hams and Cornwall.

There will be wheelchair access at this event. This event is open to men and women.

This event is just £12 for non-members. Members will need to bring their card along as proof of payment. If you've been to a LWUK already and would like to join, please visit our website for more details on membership. For more information please visit www.leadingwomenuk.com