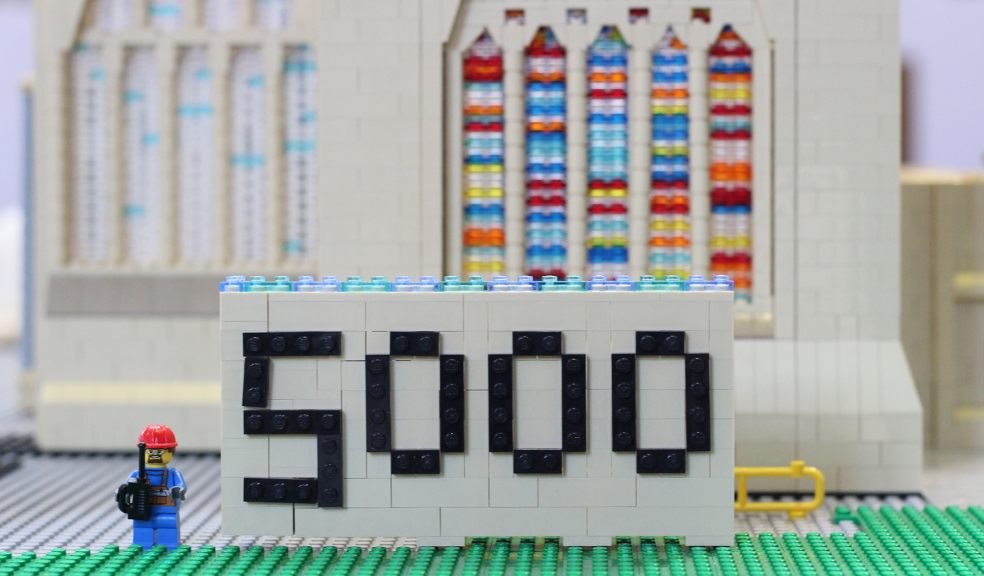 Exeter Cathedral is celebrating today after reaching another major milestone in the Big LEGO Build.

The 5,000th brick in the project, which aims to build a scale-model of the Cathedral out of 300,000 pieces of LEGO, has now been laid – just in time for its first outing away from the city centre.

Later this week sections of the model will be on display at the Devon County Show which runs from 19th-21st May 2016.

The Cathedral’s Development Director, Paul Courtney, said: “We’re looking forward to seeing lots of people at the Show and will be bringing plenty of bricks so everyone can get involved in the Build. Come and see us on the Devon Life stand.”

This project, currently sponsored by Rathbones, provides an opportunity for everyone to get involved in helping to preserve, conserve and share Exeter Cathedral from as little as a £1 donation. When the model is complete it will also be used in education work and as a tool for interpretation helping to give people a greater understanding of the Cathedral and the extraordinary way that it was built.