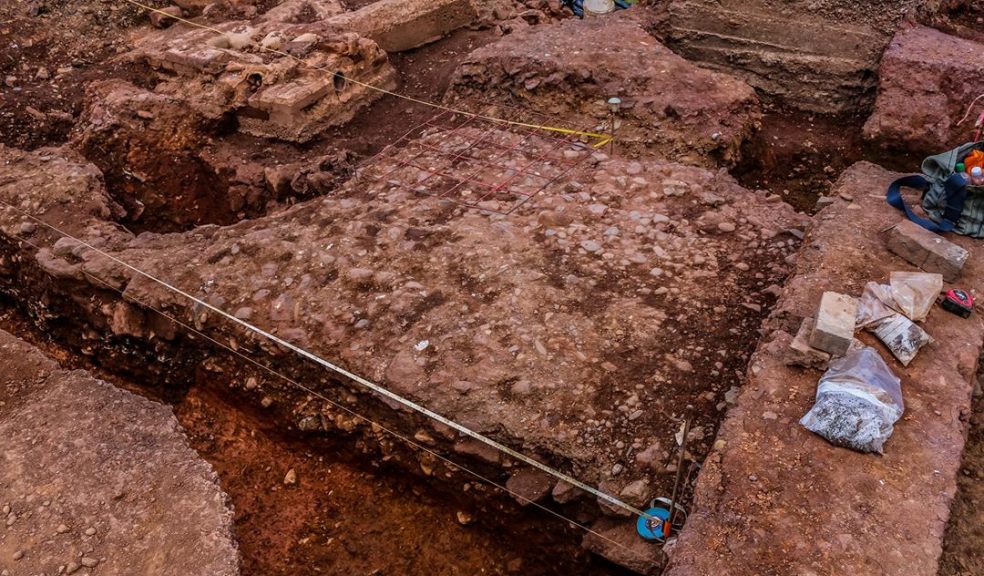 One of the largest archaeological excavations since Princesshay is currently being undertaken in Mary Arches Street, in advance of a new student development.

AC Archaeology is carrying out the dig on behalf of the developer. The work has to be carried out as part of a planning condition to record the remains and finds before destruction by the development.

The site is just inside the walled Roman and medieval city, behind the city wall, which runs the other side of Bartholomew Street, and is within the corner of the earlier Roman legionary fortress.

As one of four to five major fortresses in the country in the decades after the Roman invasion, it would have housed the 2nd Augusta legion. Comprising around 6000 men, it would have been occupied for about 20 years from about AD 55 to 75.  The bathhouse under the green in front of the Cathedral is the most well-known part of it.

The excavations have also uncovered remains of the 17th – 19th century houses and buildings that stood on the site until the 1940s blitz and post war redevelopment, including walls, wells and garderobes (toilets).  The walls have mostly been removed, to reveal remains of a large Roman town house underneath, dating back to the 2nd to 4th centuries.

Although chopped up by the concrete foundations of the former Quintana Gate buildings, its outline can still be seen, including remains of a hypocaust (underfloor heating system) where it has slumped into an earlier pit or well underneath.  This town house is currently being excavated.

The main defensive ditch of the earlier fortress has also been partly dug, and it is expected that further remains of the timber built Roman military buildings will be revealed under the later town houses.

Finds from the site have included Roman coins, including one of the Emperor Nero. He was emperor while the legion was present, and during the revolt by Boudicca, and is famous of course for fiddling while Rome burned.

There is also a coin of the later Emperor Constantine, who founded the modern Istanbul, as well as personal items, and fine pottery imported from Europe at the time, and later on in the 17th to 18th century.

In due course RAMM will decide which of these finds it wishes to take, with the agreement of the developer as the current owner.