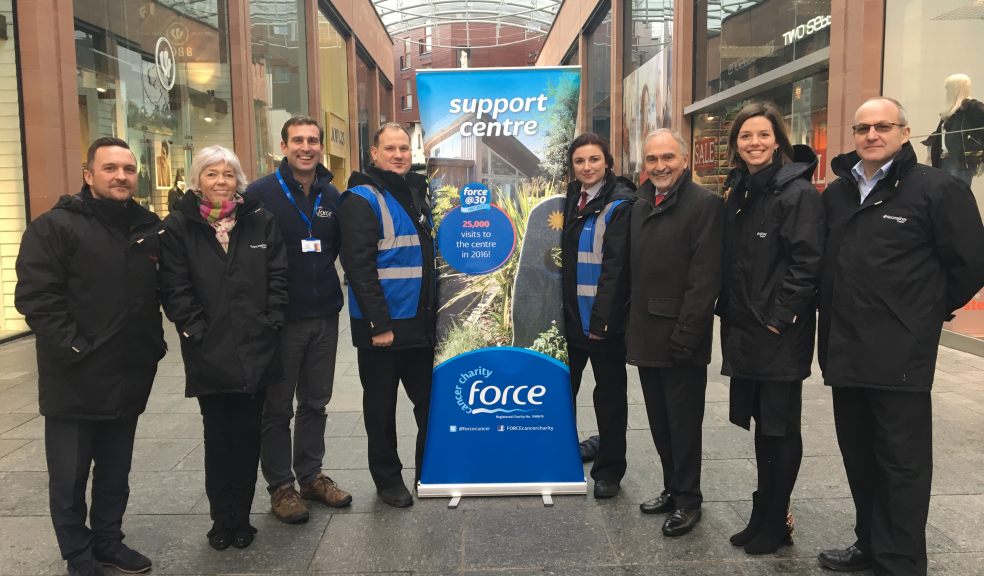 FORCE Cancer Charity is all set to launch a new partnership with one of Exeter’s most iconic shopping and dining destinations.

FORCE has been chosen as Princesshay’s Charity of the Year for 2018.

The new link will be launched on Thursday February 1 when FORCE will be in Princesshay to promote the work that it does to support anyone locally affected by cancer.

Representatives from the charity will be there from 10am to 4pm.

During the day there will be give-aways, competitions including one to win a £50 Princesshay gift card, performances from River City Chorus and a rowing challenge set up by the Gym Group with a prize of one month’s free membership to its new fitness centre on Marsh Barton.

There will also be information available about the kind of face-to-face help FORCE has been offering to people in Devon for the past 30 years.

Oly Watts, Fundraising Development Officer at FORCE said, “We are over the moon to have been chosen and can’t thank Princesshay enough. This partnership is a fantastic opportunity for us to create awareness about the support we can offer LOCALLY to anyone affected by cancer.”

Princesshay has more than 70 shops and restaurants and cafes. Each year it officially supports a different local charity, helping to raise awareness, fundraising and supporting with events and promotion in the centre.

Wayne Pearce, Princesshay Centre Director, said “We’re really looking forward to working closely with FORCE throughout this year to support and generate funds for the incredible service they provide in and around Exeter.”

FORCE will also be in Princesshay at other times during the year to promote the charity and certain cancers with specialist advice and support on hand, as well as to help raise the £1.5million it needs to find every year in order to maintain the services it offers to thousands of local people.