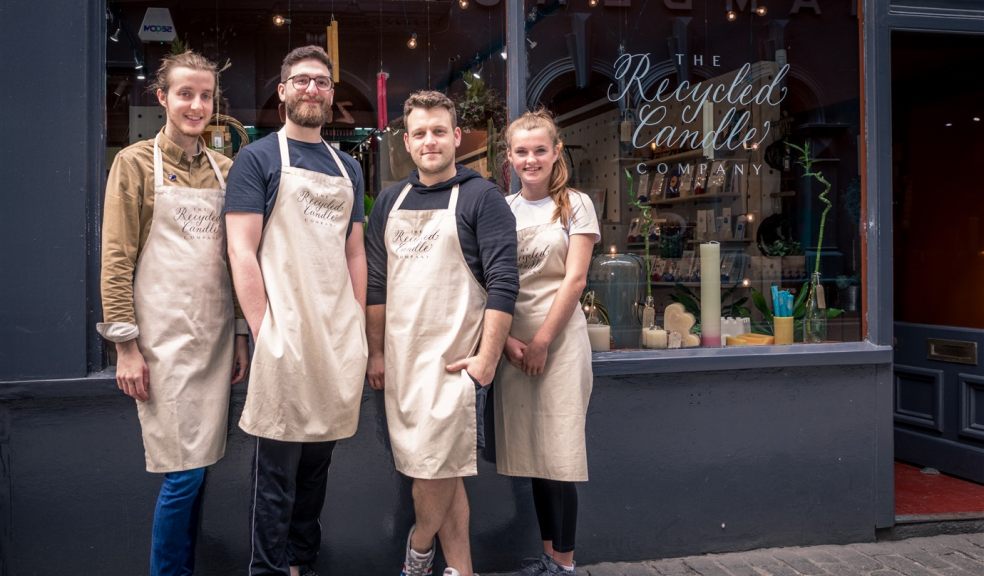 There’s great excitement in Exeter indie retail neighbourhood Gandy Street with the announcement that The Recycled Candle Company has been recognised as one of the 25 Best Small Shops in the UK.

The accolade came after thousands of consumer votes were cast, and a panel of industry experts whittled down entries to the final shortlist.

Founder of The Recycled Candle Company, Richard Hills-Ingyon said: “We are absolutely elated to be amongst the top 25 in the whole of the country, representing the city and Devon.

“Thank you to all our customers who took the time to vote for us.”

All shortlisted retailers will attend a competition reception on November 5 at the House of Commons where they where they will meet with MPs, trade representatives and industry peers. At the event, the overall winner and runners up will be revealed.

Richard’s business partner, Sargon Latchin added: “There’s a wonderful array of indie retailers on the shortlist, selling everything from yarn, wine and cheese to books and bikes.

“It’s encouraging to realise that there are so many independents like us right across the country.”

Entries for the Best Small Shops competition opened on July 4 to coincide with Independent's Day. Independent shops around the UK had 10 weeks to submit their entry and gain as many consumer votes as possible before being evaluated by a judging panel made up of key figures from the independent retail industry.

The competition was also promoted by 75 MPs and had a social media reach of over 1.1 million thanks to the variety of MPs, BIDs, shops and other community members sharing the competition.