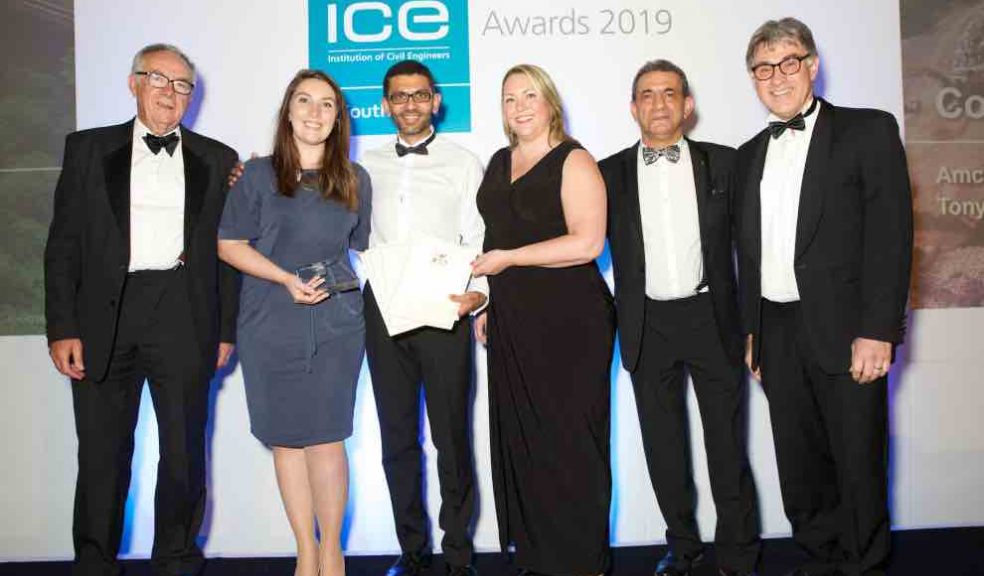 The ‘Collaboration Award’ was given to a project that has reduced flooding risks for over 650 properties in the communities of Starcross and Cockwood, located on the shores of the Exe Estuary. The Environment Agency (EA) led the Starcross and Cockwood Tidal Defence Scheme, and worked in partnership with BAM Mott MacDonaled JV (BMM) and Volkers Bosklais Atkins JV (VBA) to deliver the scheme.

The project, which was recommended in the Exe Estuary Flood and Coastal Erosion Risk Management Strategy, was delivered within five years from business case through to completion in February this year.

The ‘Project under £3m New Build Award’ went to the Cowley Bridge Flood Alleviation Project. The main Great Western rail line has had a number of problems with resilience, including regular flooding along Dawlish, as well as at the Cowley Bridge junction on the Exeter to Taunton stretch of the railway. Flooding at Cowley Bridge has caused multiple delays and resulted in closure of the line on multiple occasions, including during the now infamous storms and subsequent flooding of 2014, which also saw the line at Dawlish get swept away.

AmcoGiffen, who led the project for Network Rail, managed to complete the majority of the Cowley Bridge works during a 75-hour blockade of the line, which had minimal disruption to the travelling public.

AmcoGiffen’s, Andy Crowley said: “We are incredibly proud to have won this award. We had a limited timeframe to deliver the project and everyone involved worked extremely hard to bring it together.

“Since completion of the project, resilience on this section of the line has increased by over 80%. Due to the nature of the geography of the site, the work was a preventative measure rather than a complete cure, however flooding is now likely to occur once every ten years as opposed to the every two years.”