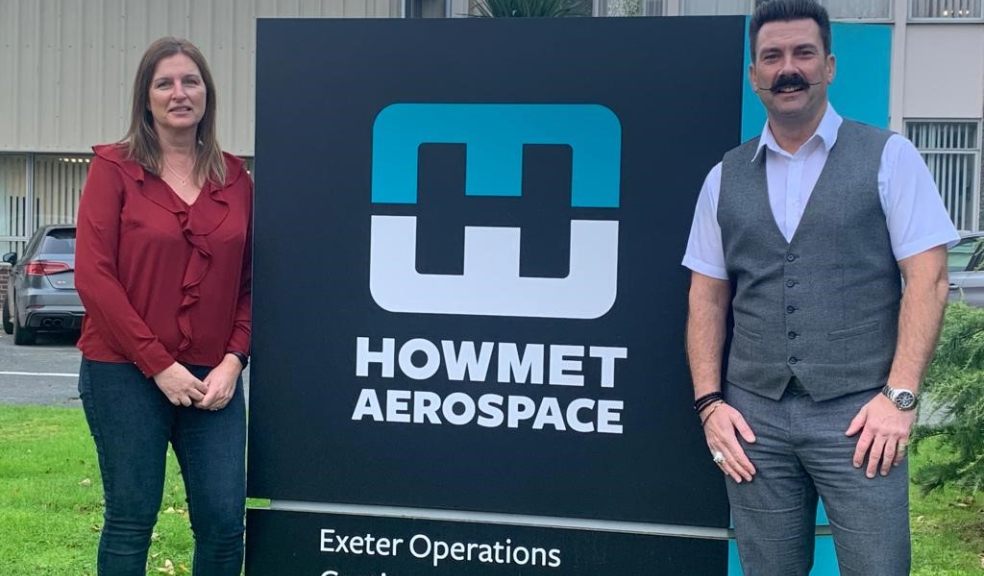 Howmet Aerospace, one of the South West’s oldest businesses, and Acorn Recruitment, one of the UK’s biggest recruiters, have joined forces in Howmet Aerospace’s 50th year to help make sure its next half century runs as successfully as its first.

Howmet Aerospace in Exeter is entering its fifth decade of business, as it looks to continue attracting the best regional workforce, as well as benefitting the local community which has played such an intrinsic part in its journey so far.

Now the world-class producer of aero engine and industrial gas turbine components is working with Acorn Recruitment to make sure the needs of the business and the community around it continue to be met into the next half a century too.

Initially a joint venture with Centrax Limited in Newton Abbot, Howmet Misco relocated to a newly constructed, purpose-built factory on the newly commissioned Exeter Sowton Industrial Estate in October 1971 and was one of the first companies to open its doors.

Following the addition of the Alloy Plant in 1975, many changes continued to take place across the processes, materials, customers and technologies, including a medley of names over the years, culminating in the 580 employees who work at the facility today.

Sara White, HR Manager at Howmet Aerospace Exeter, said: “We are delighted to be marking our 50th anniversary here at Howmet Aerospace with our new partnership with Acorn Recruitment and hope this will enable us to continue matching the right opportunities with the right people for the continued benefit of us all.”

The company has also supported community organisations via the Howmet Aerospace Foundation, granting more than £1 million to various community projects in and around Exeter.

From helping with gardening and tree planting projects, marshalling charity bike rides, beach rubbish clearing, to working with Paignton Zoo on a globally recognised carbon footprint teaching programme, it has also assisted with the purchase and setting up of the Hospiscare Recycling Centre on Marsh Barton.

Sara said: “Howmet Aerospace Foundation has contributed more than $600 million globally to address the needs of Howmet communities around the world since the Foundation was created in 1952, with over £1 million granted to organisations here in Exeter, linked to our site.”

“We have a great working relationship with our surrounding community, including schools, Exeter College and Exeter City Council, which in return has helped cement our continued success as a business based in the South West of England.”

This year the company is working with Exeter City Council on two separate STEM and community enhancing projects which will involve employees mentoring school children, and supporting young adults to reach their potential.

It also has a long-term relationship with Devon Air Ambulance, organising golf events, taking part in the annual Dragon Boat Race and general fund raising. Howmet has also made a huge difference to people’s lives locally, funding a Wellbeing Exercise Trial in Exeter and UK wide STEM related School competitions, to name but a few initiatives.

Richard Hilliard, Project Manager for Acorn, said: “We are really proud to be working with a company of Howmet Aerospace’s reputation both regionally and globally, and to be making our own contribution towards supporting local communities in the South West in this way.

“Together, we are always working to match a wide range of temporary and permanent opportunities available across Howmet Aerospace’s Exeter site with the best people in the region for the job.”

“We are delighted the need for more manufacturing employees continues to grow within Howmet Aerospace, with a large number of vacancies filled locally so far in 2021. So, we can’t wait to see what the rest of 2021 and the next 50 years brings for Howmet Aerospace and Acorn’s new partnership” Richard added.

Acorn Recruitment has a strong track record of supporting candidates from all backgrounds into employment within the manufacturing and a wide range of other sectors and works with a variety of leading businesses across the UK including Howmet Aerospace to make this happen.

For more information on its work in Exeter and vacancies available locally now, visit https://www.acornpeople.com/find-a-branch/exeter