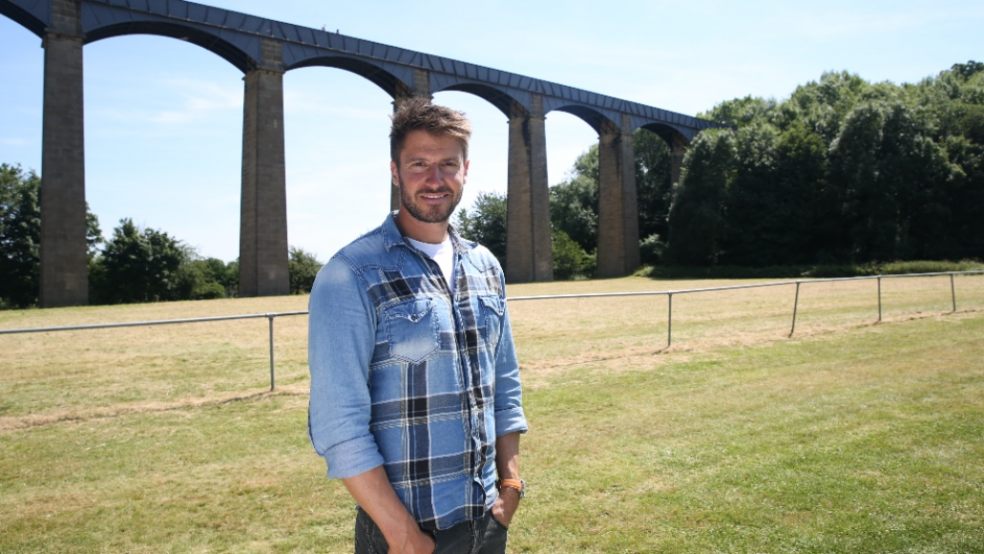 With a Master’s in Mechanical Engineering from the University of Bath, Bell is an enthusiastic advocate for engineering and science, helping people of all ages understand how engineers have helped to shape and improve society.

He said: “Many of the documentaries I make uncover engineering stories of the past, but I’m really looking forward to hearing about the modern civil engineering projects that are making a difference for communities across the South West today.

“I’m delighted to be hosting the ICE South West Civil Engineering Awards for the first time in the region where I studied engineering myself.

“Knowing the engineering heritage and tradition of the South West as I do, I expect to see many examples of innovation and excellence. I’m also looking forward to finding out how civil engineers are addressing the big issues of our time, like climate change and decarbonisation.”

Bell’s television work regularly brings him back to the South West with recent episodes of Walking Britain’s Lost Railways, filmed in Devon and the Cotswolds. He is also the only presenter to have filmed on board the UK's Nuclear Deterrent Submarine Service whilst it was fully armed and on duty at sea in a one-off special for Channel 5, aired last year.

The ICE South West Civil Engineering Awards 2021 will recognise the region’s best civil engineering work, completed last year, with categories for new and re-engineered projects, above and below £8 million. There are also accolades for community involvement and collaboration, and all successful projects have to show how they have used environmentally sustainable practices.

Emerging talent is also recognised at the awards with a Graduate and Apprentice of the Year being selected.

Chris Burton, Executive Board Director, Tony Gee, sponsor of the apprentice prize, said: “As we see some shoots of recovery from the pandemic grow stronger it has never been more important to recognise how civil engineering contributes to everyone’s lives, every day.

“Tony Gee is delighted to be supporting ICE South West once again and continuing its sponsorship of the Apprentice of the Year Award, recognising the talent in the region that is the future of the industry.”

Rob Bell will be donning a dinner suit for the gala awards ceremony due to take place at the Bristol Marriott Royal Hotel on Thursday 30 September 2021, or online if the physical event is not possible.

Miranda Housden, ICE South West Regional Director, commented: “We’re really hoping we can meet in person for this year’s award ceremony after such a difficult year for everyone. Having Rob Bell as our host -  someone who does so much to help the public understand engineering – really is the icing on the cake!”