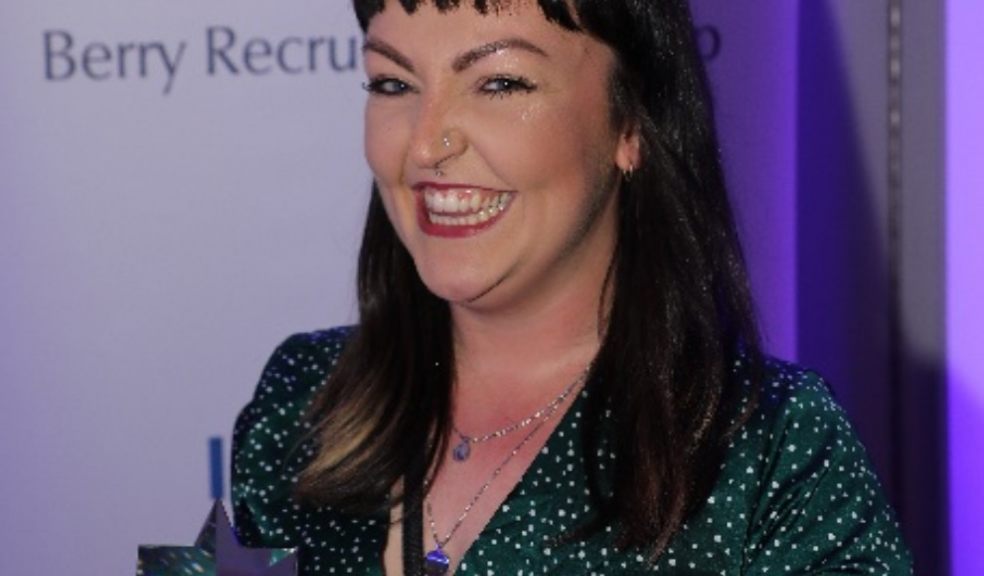 Exeter recruitment consultant Jipsy Quinn was named ‘newcomer of the year’ at a glittering awards ceremony in London.

Jipsy joined Berry Recruitment as an admin assistant but was soon promoted and has now been recognised across the near-40 branches as the best newcomer.

The event at the Tower of London was held by Berry Recruitment Group (BRG) that employs nearly 200 people across its four brands.

“We are always keen to promote from within and Jipsy’s potential was recognised early on and she has really blossomed.

“The award was for 2021 which was a difficult year because of lockdowns but Jipsy excelled.

“We have a great many talented consultants in the group so to win this award is significant.

“Our Exeter branch has a very good team and I know Jipsy’s colleagues have helped her on her path within the business.”

This year it revealed a turnover of almost £70m for 2021 and has since acquired First Recruitment Services in Sussex, which will add a further £6m.