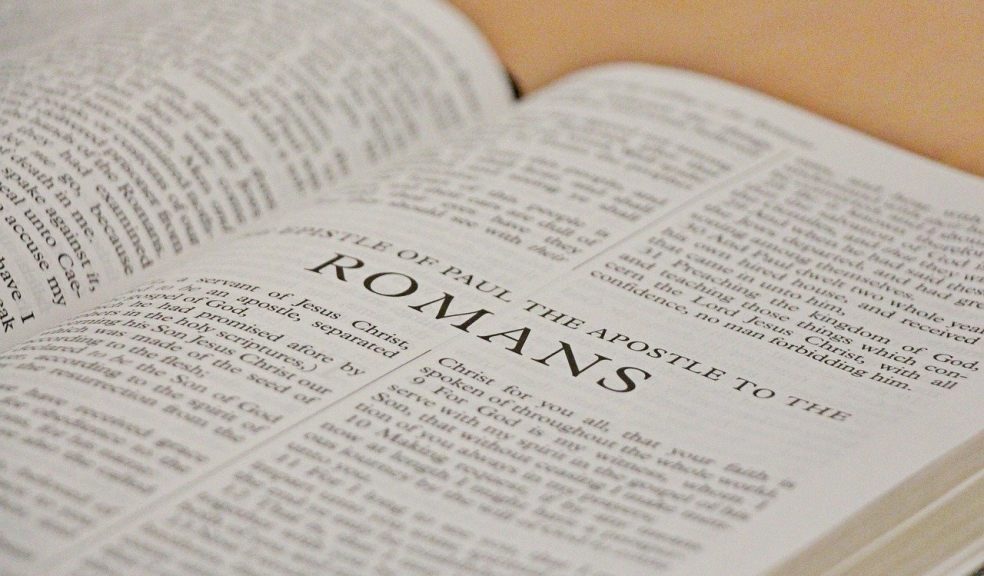 The Book of Romans is considered the most popular and most read books you will find in the Bible. Romans is the book new believers begin with when they start studying the Bible, along with its concise and clear explanations of the Gospel.

Whether you are on your first or 20th read-through of the letter to the Romans, there’s always something new you can learn and carry into one’s life of faith. Nonetheless, have you ever found yourself thinking about the context that surrounds Romans and the people who wrote it?

Who wrote the Book of Romans?

In case you didn’t know yet, the Book of Romans was written by Paul the Apostle in approximately 57 to 58 CE, is an epistle or letter to the church in Rome. That letter is very instructional in nature—aimed to offer guidance, encouragement, and direction to that community of believers.

Paul and the other apostles wrote a lot of those letters to different faith communities and churches. Together, those letters make up the section of the New Testament referred to as the Epistles.

At the time Paul wrote that letter, he had never visited the church in Rome. Certainly, Romans was written while he was in Corinth throughout his third missionary journey. In short, Paul was writing to a set of individuals he didn’t personally know but whom he considered to be his sisters and brothers in Christ.

You can notice that balance of familiarity in care Paul takes at the beginning of the letter to introduce himself. The letter says:

Paul then promises his readers that he’s continuously praying for them and that he hopes to visit them soon while they might not have officially met yet.

In Paul’s realization of the community of believers and the Church, the concept of reaching out and giving guidance to people he had not yet met wasn’t that odd. It was aimed as a gesture of encouragement and love and an acknowledgment of the challenges that every believer experiences.

What is the Ultimate Reason Paul is Writing to Rome?

There’s often a clear concern or situation in most of the other New Testament Epistles that the writing apostle is responding to by their letter. Often, it’s the report of wrong teaching or wrongdoing. Often, it’s an answer to a question. That doesn’t seem to be the case in Romans.

During the letter of Paul to the Roman church, believers in Rome were suffering from a time of a relative piece. That was before the time of Christian oppression spearheaded by Nero and starting after the fire in Rome that happened in 64 CE. Nonetheless, Paul acknowledged the necessity for basic Gospel doctrine in the Roman church.

According to Romans 15:23, it appears that the church in Rome has been active for a few years. We don’t know for sure how the church in Rome originally started. The most typically posited explanation is that such Romans present for the events of Pentecost made their way back to Rome and founded a church in one of the synagogues.

Other scholars recommend that people who may have already heard about the gospel in Greece, Asia, or elsewhere could have journeyed to Rome bringing news of Jesus along with them. In Romans 16, Paul welcomes various people, including Aquila and Priscilla.

Both of them were in Rome until 49 CE, when Claudius excluded all Jews from the city. The couple met Paul when he visited Corinth and went on to further ministry around the area, later on ending up in Rome.

Based on Romans 1:8, the community of believers was very established throughout the globe. That’s due in part to the significance of Rome as a city and in part because of their witness and faithful worship. Also, the Book of Roans is a good example of one of the vital figures of the early church reaching out to one of the most popular communities of believers in a spirit of guidance and encouragement.

The letter of Paul to the Romans offers a clear summary of the Gospel to the community of believers deifying in Rome. Writing to a church he hadn’t visited yet, Paul wanted to guide and encourage his fellow Christians. Much of the letter serves as a straightforward and succinct explanation of the faith.

On top of that, it is also a reminder from Paul, based on the part of his time in Corinth, to keep people’s eyes fixed on Jesus. As Paul wrote, everyone can be guaranteed that the love of God for everyone is unshakable and ultimate at the same time.

There you have it! We hope you find this post informative and useful at the same time. Which part of the Books of Romans is your favorite? Share your thoughts by leaving your comments below.