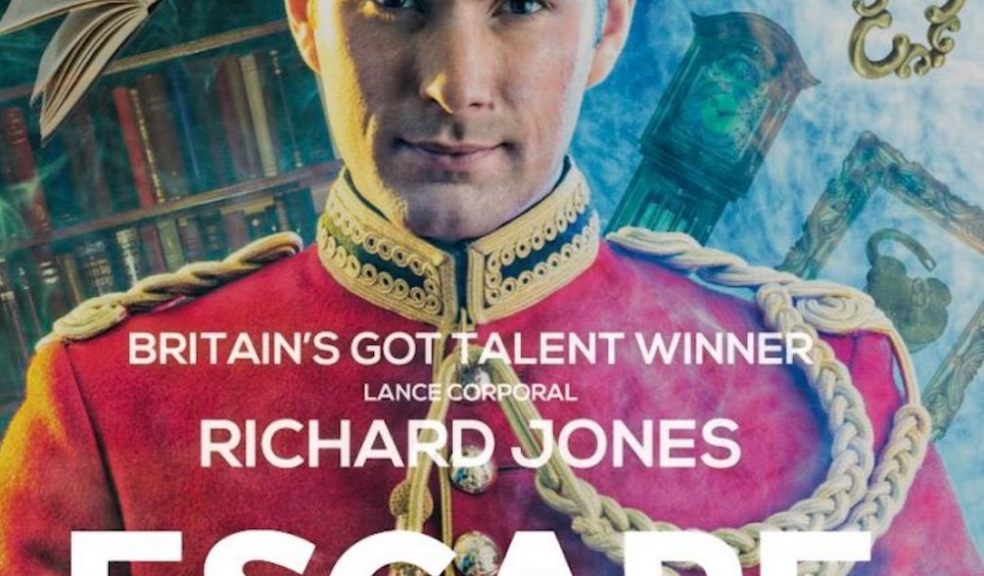 Imagine walking in to a capsule where your daily life fades away behind you and you’re part of an exclusive audience that’s more than just a magic show. Imagine that you could be transported into a world where every boundary you’ve ever put up in your mind could be broken? R

ichard Jones was the winner of Britain's Got Talent 2016 and is a British Army soldier as well as one of the world’s greatest magicians. With his captivating performances, Richard has travelled every continent with his first-class show.

With news of his next tour, Escape being announced at the end of this month, Richard has something very different in store for fans – this time, he’s attempting ‘meaningful magic’, that’s not just your normal set of tricks, but a programme by which to live your life.

Richard says, ‘I decided it was time to shake things up for this tour and I wanted to combine techniques from my normal magic shows with new techniques of self-help that I’ve been developing.

‘I’m confident in the notion that I could change the way audience members minds’ work forever with a series of mind methods that can cure a whole host of issues and insecurities.

‘I can’t wait to unleash this new side of me to the public and get out there to start potentially changing lives.’

With his classic mind-blowing tricks from Britain’s Got Talent also part of the show, Richard continues to combine his experiences and training from the Army with his love for magic and illusion to create something unique and unmissable.

What others said: "You Sir - are a wizard. That has to be magic." Simon Cowell "Absolutely Mind Boggling!" Prince Charles.

VIP Tickets are available at £50 each. Why not treat yourself to some up close magic and meet Richard. VIP ticket holders from 6pm.