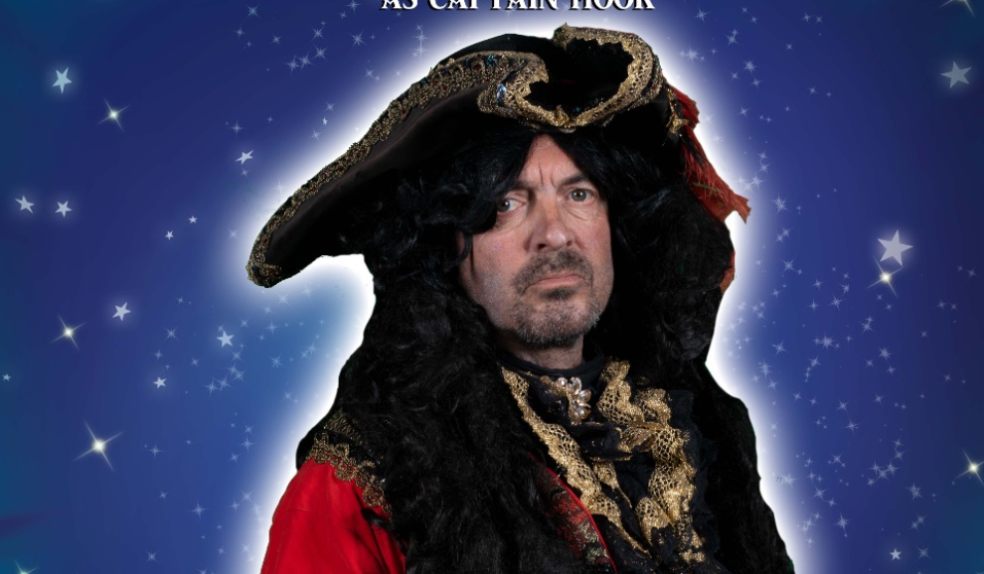 Exmouth Pavilion have once again teamed up with north west pantomime company Trio Entertainment to bring the much loved traditional story of "Peter Pan" this Christmas.

Peter Pan will feature Emmerdale star Peter Amory who is best known for his role as Chris Tate in the hit ITV soap.

Peter says: "I am really looking forward to appearing in Peter Pan this Christmas as Captain Hook. I have played panto villain a number of times and I love the experience and cant wait to get back into the pantomime mood again and have lots of fun."

Peter will be joined on stage by Exmouth panto favourite the hilarious "Stuart Earp" as Smee who returns for his 8th year as panto comic at the Pavilion, They are both joined by last year's fantastic dame "Jordan Bateman" as Mrs Smee, "Hollie Jones" as Peter Pan, "Jennifer Hatfull" as Tinkerbell, Chelsey Thorley-Williams as the Island Chief and "Felicity Cowell-Clark" as Wendy along with local dancers.

Producer Kevin Brown said " We can't wait to return to Exmouth Pavilion once again to transform the theatre into a magical space filled with lots of panto fun this December".

Tickets for "Peter Pan" at Exmouth Pavilion are on sale now at www.exmouthpavilion.co.uk or by calling the box office on 01395 222477.

Peter Pan runs at The Exmouth Pavilion from 23rd December to 2nd January 2023.