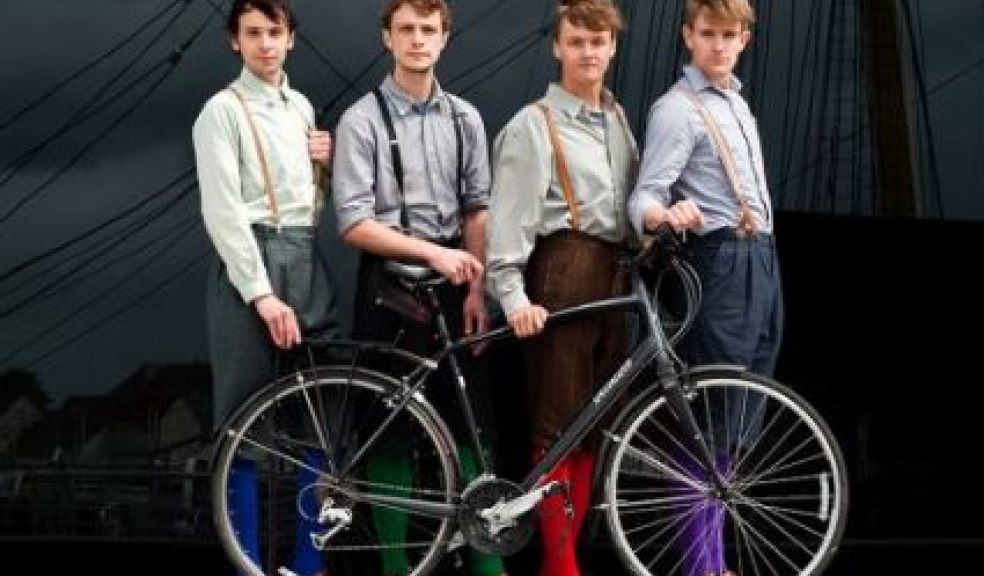 Described by none other than Sir Ian McKellen as 'uproariously funny', the HandleBards will be back on their bikes in 2015 for their most diverse season to date.

In May 2014, the HandleBards - four men on four bicycles - cycled out of London. Their mission? A 2000 mile tour across the UK, Holland and Belgium, carrying all the necessary set, props, costumes and camping equipment to perform two of Shakespeare's greatest plays - Macbeth and The Comedy of Errors - 72 times.

In March 2015 they will be reviving performances from this incredible tour, for two nights only, in the 13th century Chapter House at Exeter Cathedral. Tickets for their two shows (Macbeth and The Comedy of Errors) are now available.

The HandleBards do Shakespeare differently. Performing with 8 very sore legs, they play all the parts in Director James Farrell's (RSC, West End, Chichester Festival Theatre) wild bike-themed 1930s indie-folk romps. So grab your finest group of friends and join us for bicycle-powered tales, performed by a rambunctious troupe of cycling players.

For more details see the video link or go to http://www.peculius.com/handlebards.html