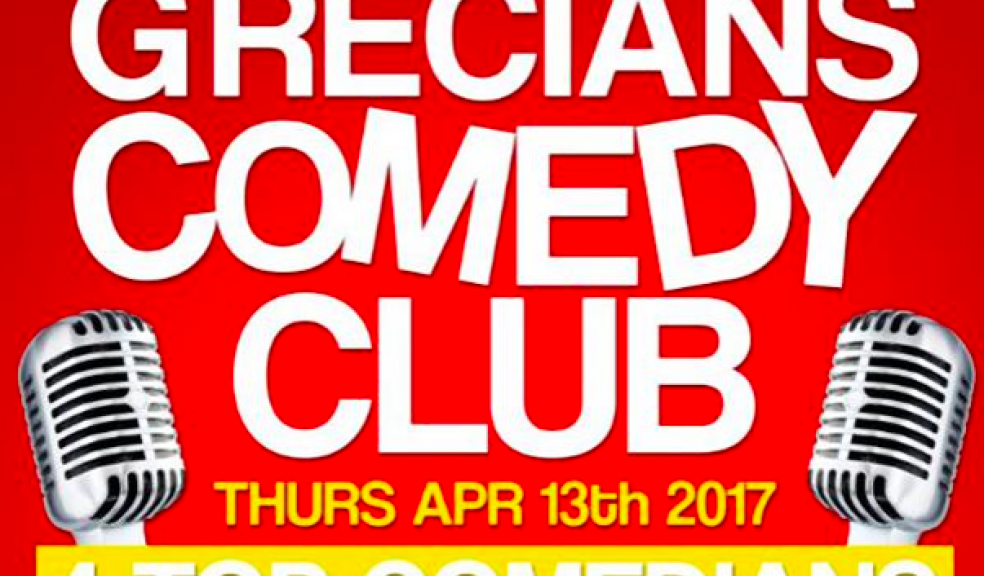 After a successful debut in February, 'Grecians Comedy Club' returns to the Paramount Personnel Lounge at St James Park on Thursday, April 13.

Opening the show is local comedian Luke Honnoraty, Luke is highly regarded as one of the best acts to emerge from the south west in recent years. He has gone from strength to strength and supported some of the best names in comedy including Russell Kane and Katherine Ryan. After performing in Oxford, the Daily Info said "Luke Honnoraty, an extremely endearing and affable young man with boy-next-door Devonshire charm who eases in with some self-deprecating gags about his appearance and proceeds to bring hilarity out of the everyday".

Following Luke is prop comic Alf, who was a semi-finalist in 'So you think you're funny 2016.  Luke's style has been described as "A surreal blend of quirky one-liners and fantastic props, utterly chaotic, but riotously funny" by Eminent Banter.

The main event of the evening sees Paul McCaffrey take to the stage. Paul has appeared on Russell Howard's Good News on BBC3, is a star of Impractical Jokers UK, and a regular guest on The Matt Forde Show on Talksport. Paul has been described as “Likeable, animated and fluid with a first-rate sense of timing” by Steve Bennett from Chortle.

Your host for the evening is local compare Louis Burgess, a musical comedian from the Southwest, as seen on ITV. Louis’ style is described as “A singing comedian with spark… a cuddly kitten with sharp claws”.

The show starts at 8pm and will be packed with rip-roaring, side-splitting hilarity. Why not make a night of it, and join us for Chili and a pint from 6.30pm for just an extra £7.50. The bar will be open on the night for drinks and snacks.