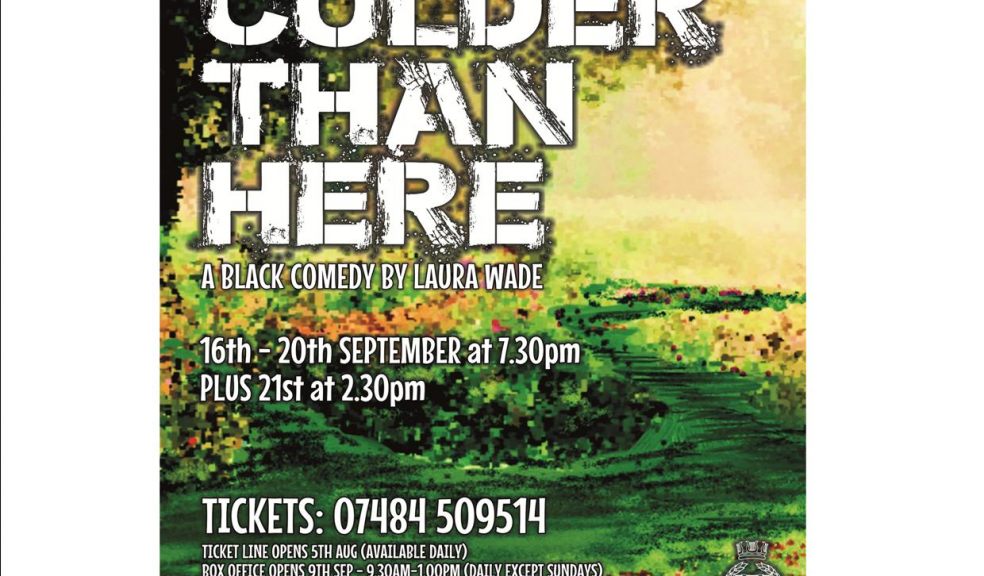 The Exmouth Players present “Colder Than Here”, a black comedy, by Laura Wade at The Blackmore Theatre, Bicton Street, Exmouth, on the following dates and times: • Monday 16th to Friday 20th September 2019 at 7.30pm; and • Saturday 21st September - Matinee Performance (only) at 2.30pm.

Synopsis: Nobody can ignore the fact that Myra is dying, but in the meantime life goes on. There are boilers to be fixed, cats to be fed and the perfect funeral to be planned. As a mother researches burial spots and biodegradable coffins, her family are finally forced to communicate with her, and each other, as they face up to an unpredictable future. Director’s Notes Terminal illness is not an easy subject but the writer of this play takes us down the path, with wit and insight, as one family tries to come to terms with the inevitable. Myra is determined to find a suitable site as her resting place and organise her own funeral. This four-hander is completed by the daughters who, as in many families are chalk and cheese and, with their father’s own determination to ignore what is really happening (as well as his eventual castigation of the company who seem completely incapable of mending his boiler), create their own dramas, pathos and amusement for audience enjoyment. This play can make you laugh out loud as well as bring a tear to the eye.

Please click on the following link for further information: http://blackmoretheatre.co.uk/production/colder-than-here-16th-to-21st-september-2019/

This amateur production of "Colder Than Here" is presented by special arrangement with SAMUEL FRENCH, LTD. Reviews Laura Wade may possibly be best known for “Tipping the Velvet”. “Colder Than Here”, her beautifully poised family drama, was first performed at the Soho Theatre, London, in 2005, with the following reviews: “Laura Wade’s play is a 90-minute masterpiece, a jewel, dark but translucent.” – John Peter of the Sunday Times “Wade’s original and beautifully observed play balances raw emotion with a deliciously delicate black humour.” - Aleks Sierz of The Stage