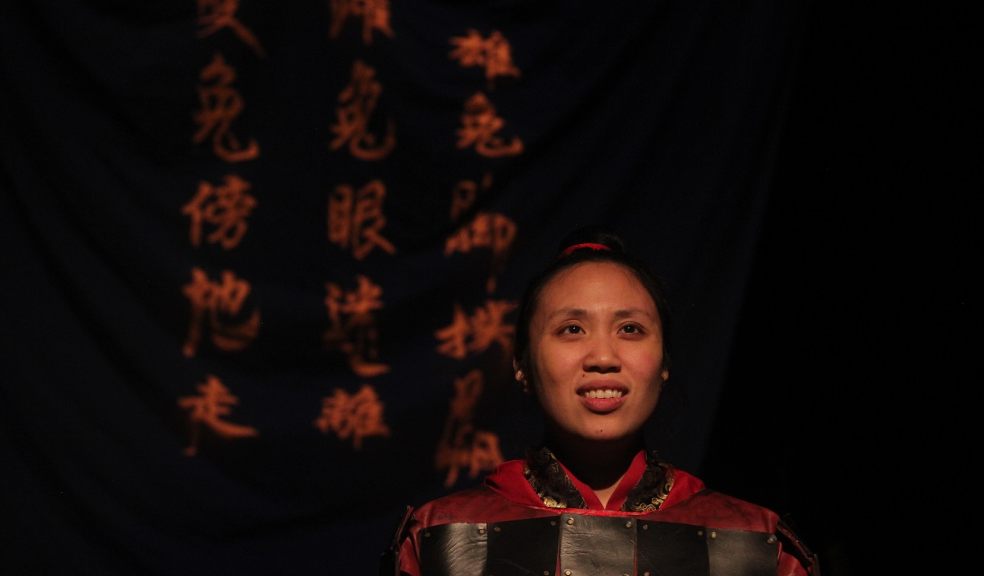 Red Dragonfly Productions bring the real story behind the legendary Chinese woman warrior that inspired Disney’s films to Exeter's Northcott Theatre on 12 February 2022, in time for the year of the Tiger.

But don't expect a fluffy Disney tale here, this Mulan is visceral.  She is a warrior, a fighter, a woman who survived in a very male world for ten years without discovery.  There is no perfect make-up, no singing animals, just a gritty story of a soldier.

Theatre company Red Dragonfly has been making East-Asian stories accessible to a British and international audience since 2014, then the pandemic left them stranded mid-tour in Australia in 2020. ‘It has been a difficult two years for live performances,’ Yorkshire-born performer and producer Michelle Yim reflects. ‘We've all tried to adapt and survive. But the connection with and the atmosphere of the audience in a live setting is totally different from a digital set up. So we are very excited and grateful to be performing in front of a live audience again.’

Dorset-born writer Ross Ericson, whose WW1 solo show ‘The Unknown Soldier’ officially sold out at Edinburgh Fringe 2016 and Offwestend award nominated ‘Casualties’ has been published by Bloomsbury Methuen Drama, has returned to the original text, a 6th Century Chinese poem, and tried to fill in the gaps to explore the true identity of one of the most revered women in China.

‘The Ballad of Mulan’ is captivating, mixed with a little humour, and it explores the breaking of traditional roles, gender and identity.

‘The Ballad of Mulan’ will march into the Northcott Theatre on Saturday 12 February 2022 at 2pm and 6pm.

‘A powerful exploration of gender, war, and identity, as relevant and timely today as ever’★★★★ Tulpa Magazine at Adelaide Fringe on ‘The Ballad of Mulan’

'Full of ambition, politics and cultural tension' ★★★★ Adelaide Theatre Guide on ‘The Empress and Me’