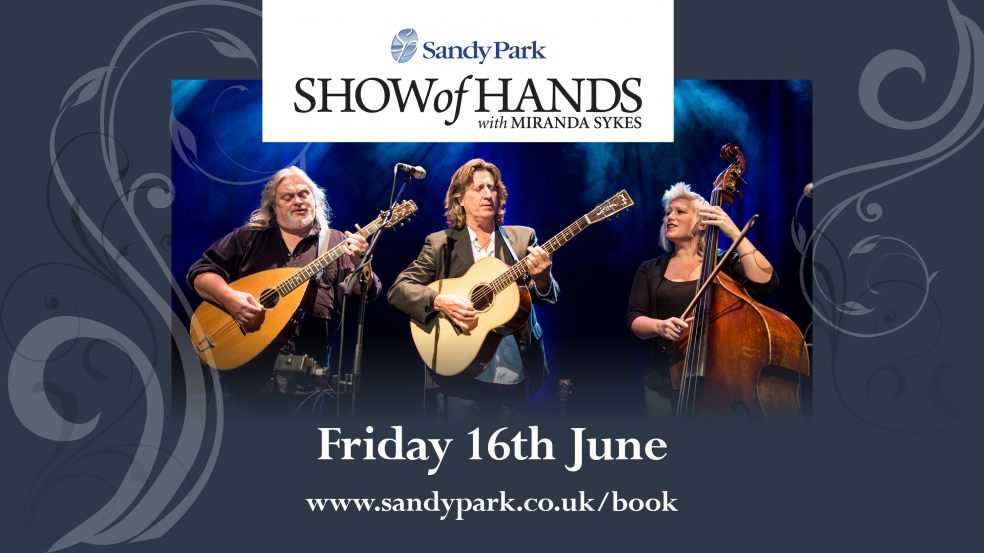 Following their summer sell out show at Exeter Cathedral, Sandy Park presents one of the West Country's finest musical exports, Show of Hands In Concert.

Show of Hands, one of the strongest current forces in acoustic music, play at the home of the Exeter Chiefs on Friday, 16th June.

The band have been described as England's finest and most popular roots partnership and something of a 'people's band', regularly voicing the hopes, fears and life stories of scores of people in song. Joined by Miranda Sykes on double bass they are widely recognised for their resonating original songs, stunning musicianship and remarkable audience rapport.

Their latest album 'Long Way Home' has received rave reviews across the board, and was nominated in the 2016 BBC Radio 2 Folk Awards 'Best Album' category.

Tickets for this unmissable show are £22 and can be purchased at http://www.sandypark.co.uk/book