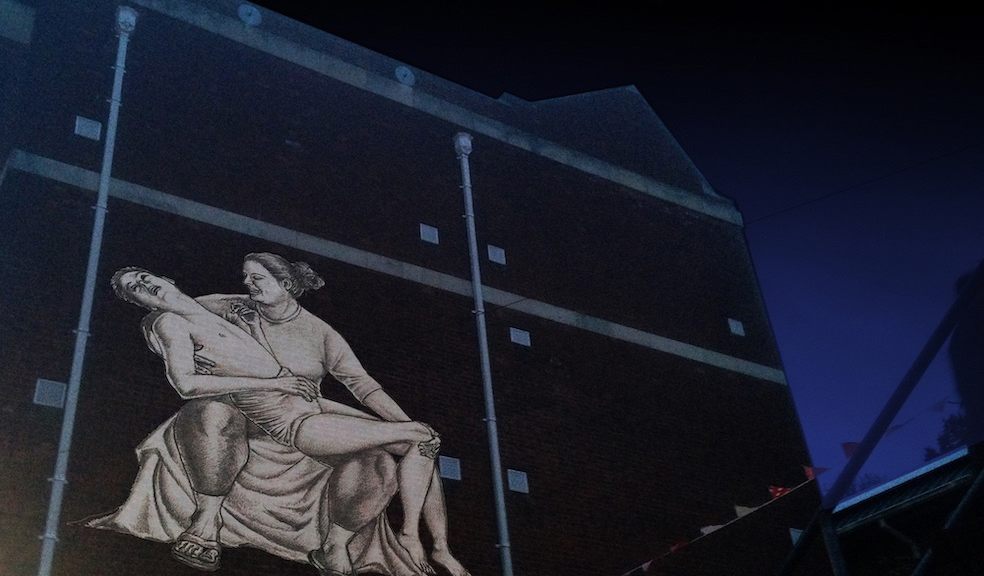 Over two consecutive nights (21st - 22nd October, 6.15 pm - 10.15 pm) a large, hand-drawn animation of a Devon carer and her son will be projected onto the Exeter Phoenix Building as part of a collaborative project to celebrate the millions of unpaid carers who work around the clock looking after their friends and family at home.  Research shows their role has been made even harder by the closure of support services during the COVID crisis.

Spotlight on Care is an emotive contemporary art project inspired by a collaboration between Exeter-based illustrator-animator Leo Jamelli and University of Exeter academics, Dr Siobhan O’Dwyer and Dr Catriona McKenzie.

The two-storey-high animation will be projected onto the Exeter Phoenix building after dark to give recognition to the growing army of unpaid carers whose work saves the government £132 billion a year.  A second animation featuring a family from London will be projected onto Peckham Library.  The imposing installations will quite literally shine a light on those who provide ongoing care for family members and friends with long-term illnesses and disabilities.