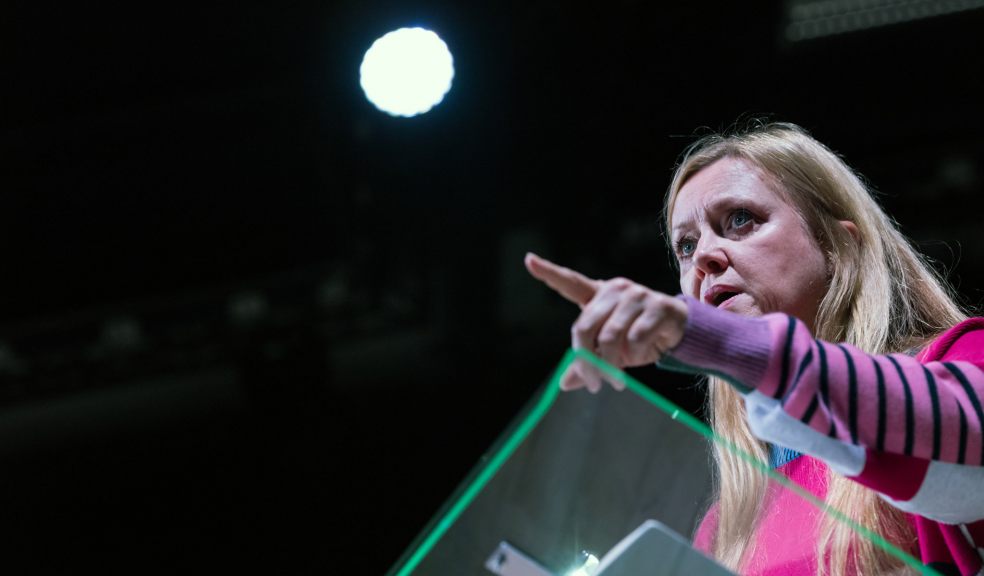 Insightful, moving, funny and inspirational take on the interconnected worlds of women, science and space travel

Six months ago renowned space scientist Maggie Hill launched a career-defining mission to find habitable planets beyond our solar system. It did not go well. Then her girlfriend stopped speaking to her. Maggie’s going to have to address both of these catastrophes.

Lights! Planets! People! written by TV and radio scriptwriter Molly Naylor and performed by Karen Hill, is an intimate and exhilarating story about how we try to control the things that define us and our desire to connect with each other. Along the way it takes in issues around the environment and mental health. It tours the country from February to July 2019 opening Exeter Phoenix on 3 February.

Maggie has been trying, unsuccessfully, to contact her girlfriend and is attending her first ever therapy session, in which she is at pains to stress that her bipolar disorder is not relevant to the conversation. Now she is giving a lecture about her career to inspire young women to work in science. As the show shifts between the lecture, the therapy session and a series of botched attempts to connect with her ex, Maggie’s private and professional lives start to overlap and we begin to build a picture of her greatest achievements and biggest regrets.

Lights! Planets! People! juxtaposes huge, existential questions about our place and significance in the universe with intimate, relatable truths about us and our place in our own world. With themes centred around legacy and loss, the environment and our very future on Earth, it looks at how we must be allowed to fail before we can advance and grow. The show considers the ongoing problems of being a woman in a position of power and the disproportionate weight that this can carry. See a short trailer here https://vimeo.com/294574527

Maggie, is a character we have seen little of on the stage (or screen for that matter), a gay, bipolar 60 year old with a unique, funny, sad and wise take on the world. It would be fair to say that this is a voice and a viewpoint we do not hear often enough.

Molly Naylor says, 'I wanted to create a character and setting in which complex ideas could be shared and discussed through an accessible story. Space, mental health and relationships are topics that seem to fascinate us endlessly. Creating the character of Maggie has allowed me to explore them with new depth, insight and scope.'

Lights! Planets! People! is written and directed by Molly Naylor, performed by Karen Hill and produced by Emily Williams. It was commissioned by Warwick Arts Centre, Southampton Nuffield Theatres and Norwich Arts Centre. It was originally conceived at This Is Tomorrow, a residency run by China Plate which brings together academics and artists in order to create work inspired by scientific concepts. Its development was supported using public funds from The National Lottery through Arts Council England.

Molly Naylor is a scriptwriter, poet, performer and theatre maker. She co-wrote and created Sky One comedy After Hours with John Osborne and wrote and directed short film Callback. She is currently writing I’ll See Myself Out a Creative England/BFI-funded feature film called, produced by Jeva Films and is co-director of True Stories Live, the live storytelling show that has toured the UK to sell out audiences. Her previous shows include the autobiographical Whenever I Get Blown Up I Think Of You ('A brave, funny, tough and beautiful piece of writing' The Guardian) which was later adapted for BBC Radio 4, My Robot Heart and If Destroyed Still True. Her debut poetry collection Badminton is published by Burning Eye. www.mollynaylor.com