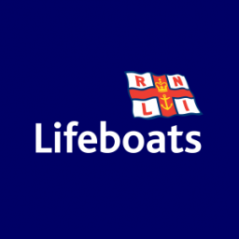 Exmouth RNLI Lifeboat Station is situated on Queens Drive, near to Maer Rocks and, as with all RNLI assets, is a registered charity and funded entirely by donations.

The current lifeboat station went operational on 21 November 2009.  It was built using funds from a major appeal, and a number of significant legacies, each of which are detailed on plaques in each room.

It is designed to be launched and recovered from a beach via a new faster and safer launch and recovery system, as well as lie afloat.

Designed entirely in-house by a team of RNLI engineers, the RNLI has harnessed cutting-edge technology to ensure this new lifeboat meets the demands of a 21st century rescue service, building on systems developed for its big sister, the Tamar class.

For more than 40 years the D class lifeboat has served as the workhorse of the RNLI Inshore Lifeboat (ILB) fleet. Significantly smaller in comparison to the rest of the inshore fleet, the D-class is also the only vessel not to feature a rigid hull. The main aspect of the boat would be both its size and weight. The D-class has been specifically designed as a light and highly manoeuvrable rapid response craft – a title which it gracefully exceeds.

The current ILB, D805, entered service at Exmouth on 12 January 2017 and was the second D class lifeboat provided for us by Donor, Pauline Smith in memory of her Grandfather.

The Exmouth lifeboat and shore crew consists of approximately 30 volunteers. All are volunteers and are from very different backgrounds. Some work for other emergency services while others are boat builders, sales executives and IT technicians. The minimum age to join a lifeboat crew is 17 (with parental consent) and the upper age has recently been extended for inshore lifeboats (ILB) and all-weather lifeboats (ALB), depending on fitness. For more information on becoming a Crew volunteer, please email LOM@exmouthlifeboat.org.uk .

The reputation and efficiency of any lifeboat station is only as good as its crew. This means that training is a very large part of station life, but this places considerable demands on the crew’s time over and above being called out for ‘Service Launches’. Training is formalised in ‘Competence Based Training’ (CoBT) which ensures volunteer crews have differing tasks to learn and perform commensurate with their position within the crew structure i.e. navigators, coxswains, first aiders and mechanics. Once they have been taught or have learnt a ‘task’ they are assessed as being ‘competent’ by demonstrating this to an RNLI assessor. Many of the tasks have to be re-validated every three years.

All lifeboat stations that have ALBs have either a full time Mechanic or Coxswain, or both. At Exmouth the post is a full-time Mechanic. His responsibilities are to ensure the boat is always maintained and ready to go to sea in any weather conditions, with a trained crew to provide the best possible response to a person or vessel in distress 24 hours a day, 365 days a year.

A typical day involves maintenance on the lifeboats, carriages and tractors, ordering spare parts and updating maintenance records.. Some of these residential courses (if passed successfully) culminate in certification that is recognised outside the RNLI and can often assist in maritime employment.

The volunteers meet once a month at a formal ‘crew meeting’ where the past month’s operations are discussed and potential new members are introduced to the team. On top of this, crew have a rota for fortnightly exercises on the Shannon class lifeboat.