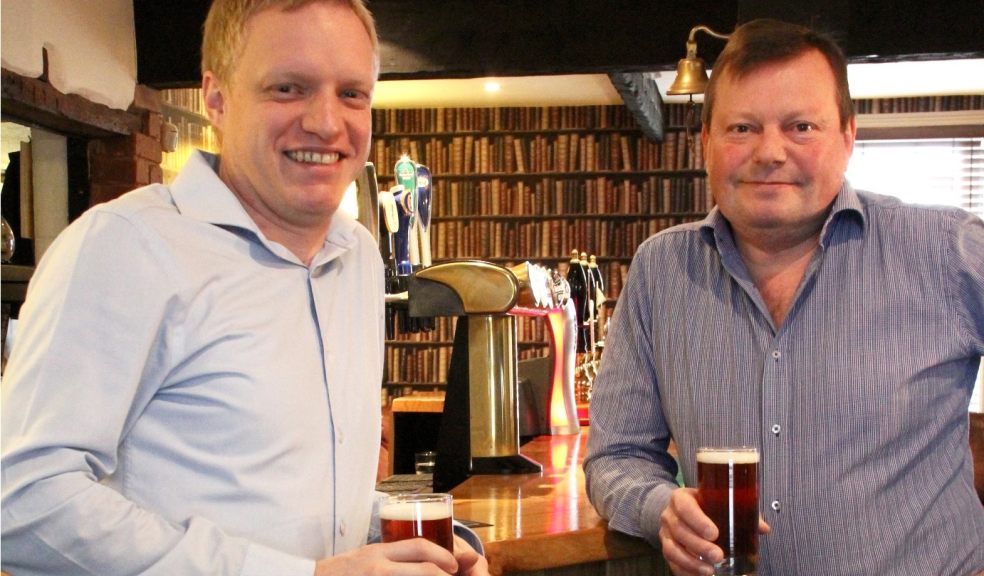 Residents from the Mid-Devon village of Clyst Hydon near Cullompton, are celebrating the news that their cherished local pub, the Five Bells Inn, has been saved from closure following a month of strong campaigning.

Paul Parnell, owner and landlord of the hugely successful Jack in the Green pub and restaurant at Rockbeare has acquired the lease to run the Five Bells Inn through an arrangement with Exeter-based property consultants Grenadier Estates. It will reopen in the summer following an extensive refurbishment.

The Grade II listed inn suddenly closed when the owners retired and local residents feared it would be sold and converted to housing. Mr Parnell explained: “I’ve always known of the pub as an idyllic country local which enjoyed immense success in the early 2000s. But it is down to the extensive campaigning of the residents that I heard about its plight. Their committed support demonstrates the pub is still a viable business proposition with plenty of potential for growth.

“We have just celebrated 20 years at the Jack in the Green and I’m looking forward to expanding our success across Devon with this exciting new venture. The Five Bells Inn will focus on delivering exceptional hospitality, serving local beers and cider with traditional good value pub grub served in a warm and welcoming atmosphere.”

Famed for championing local Devon produce, the Jack in the Green has received numerous accolades during its 20-year history and has just ranked 17th place in the UK’s 50 Top Gastropubs for 2013. Mr Parnell will remain firmly at the Jack in the Green and experienced manager Chris Charles will have total responsibility of the running and future success of the new venture at the Five Bells Inn.

Mr Parnell stated: “Locally born Chris has been in the hospitality industry for over 10 years, spending the last six years managing the Jack alongside me and completely understands the values needed for making a community pub work for everyone. The success of any business is always down to the integrity of the people responsible for driving it and we are both really excited about putting the Five Bells back on the map and giving local people a facility to be proud of again.”

Local Clyst Hydon resident Clive Birch led the ‘save the Five Bells’ campaign with the support of the local Parish Council. Commenting on the announcement, Mr Birch stated: “We are relieved at the news and more than delighted to learn that the award-winning team from the Jack in the Green will be the driving force. Country pubs are an intrinsic part of our British culture and play an important role in keeping village communities alive. The future of our local has been secured thanks to the Jack in the Green team and with our continued support, we anticipate the Five Bells Inn will not only redeem its past fame but surpass it.”