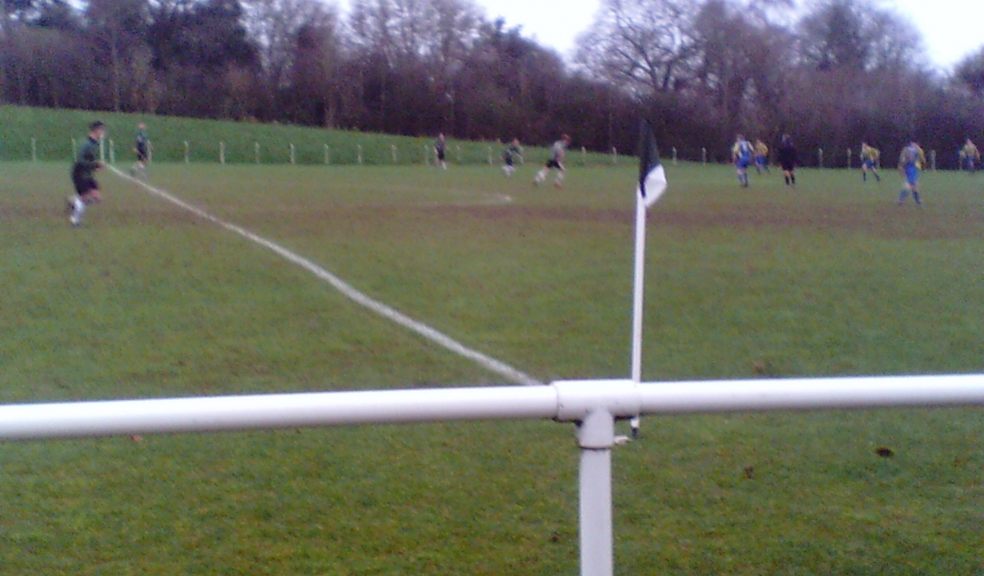 The Students put up a tough fight but failed to match Okehampton's three in an energetic match between two close rivals of the South West Peninsular Division One.

University of Exeter missed several opportunities to take the lead in a fairly even start, but it was Argyle who struck first with a strong header from a corner after quarter of an hour played. Their lead lasted just four minutes though, as a fantastic looping shot from outside the box put the home side on level terms temporarily.

This was until an equally impressive goal from the visitors regained the lead, which they defended until half-time, despite Uni finding the back of the net only to be controversially pulled back for a free-kick just before the break.

Increasing patches of mud and some drizzle contributed to a more physical second half and some injuries that broke up the flow of play. However this didn't stop Argyle extending their lead to 3-1 in the 61st minute, thanks to another corner being met with a firm header.

From here the home side increased the pressure, and were eventually rewarded with a tap-in that emerged after a barrage of shots. The final 15 minutes were end to end, with the Students missing three good chances to equalise, and the visitors almost sealing it on the break if not for an unorthodox save with the home keeper's head.

But the final score, a 3-2 victory for Argyle means they leapfrog Uni into 10th place. Meanwhile fellow Division One side Alphington held visitors Teignmouth to a 0-0 draw at the Chronicles, and leaders Exmouth look comfortable sitting eight points clear at top with two games in hand after thrashing the unfortunate Galmpton United 7-1.

In the Devon and Exeter League, all three University reserve teams managed victories - 4-2, 3-1, and 4-1 at home to Clyst Valley, East Budleigh, and Offwell Rangers respectively.

Even the Grecians claimed a 3-0 win at Morecambe to end their two-match goal drought in style, completing what was a generally good spectrum of results for Exeter based teams this Saturday.