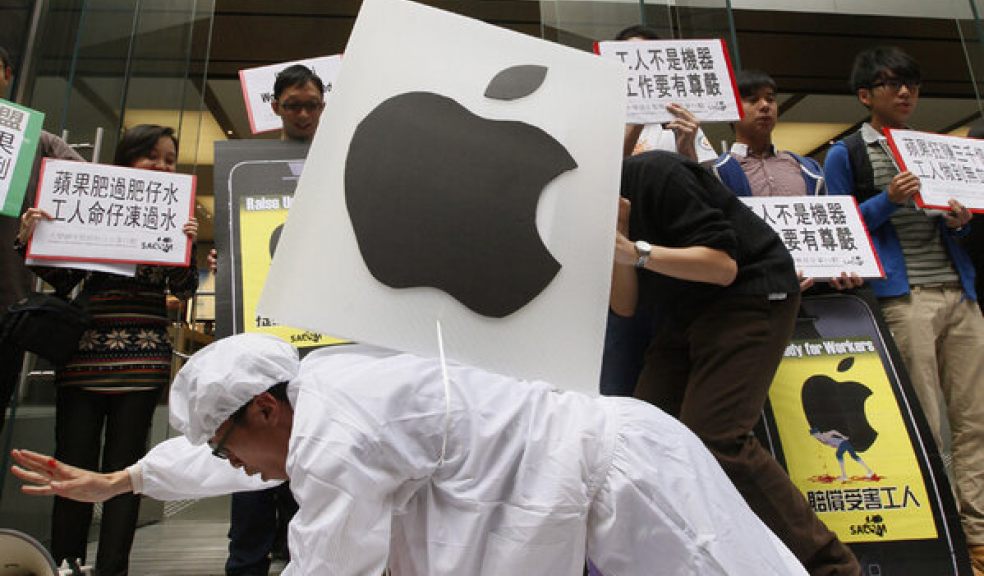 Students and activists gathered outside Apple's flagship store in Causeway Bay, Hong Kong, on Tuesday to protest what they claim to be 'poor working conditions' in Apple factories in China.

One protester dressed as an Apple worker was seen crawling along with floor, leaving bloody marks while holding a sign reading 'iPad mini iSlavery'. Other signs call for Apple to 'RAISE UNIT PRICE'. (NewsPoint)