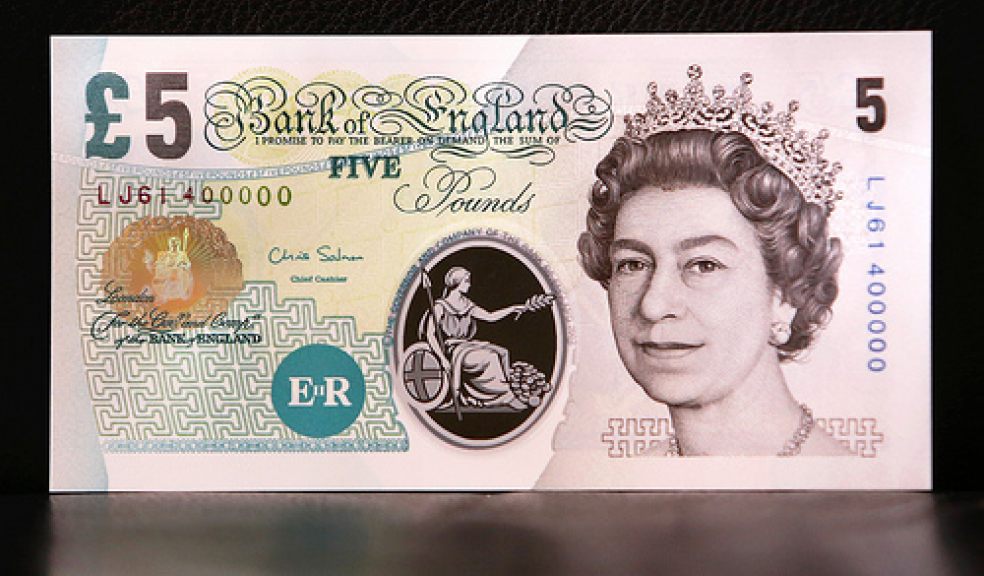 The Bank of England has confirmed plans to introduce its new polymer banknotes starting with the introduction of a new Winston Churchill £5 note in 2016.

The first note will mark the end of a 320 year tradition of using cotton paper notes but will introduce a range of newly developed security features making counterfeiting the notes far more difficult.

The new notes are also much more durable than the cotton paper notes lasting more than twice as long before becoming damaged by age. This includes dirt and moisture resistance which mean the new notes will remain cleaner for longer.

the Bank has also discussed the move with key stakeholders in the cash industry, retailers and financial institutions on the technical issues and impact of switching to polymer banknotes.

Some cash handlers such as ATMs companies have claimed that the new notes will require the development  of new technology to handle the notes.

The decision comes at the end of a three year consultation on the makeup of Bank of England bank notes and includes a decision on the figures printed on the notes.

This includes the decision to replace social reformer Elizabeth Fry with Winston Churchill on the reverse side of £5 notes and replace Charles Darwin with Jane Austin on the £10 notes.

The bank will continue to consult with the public on the introduction of the notes.

In a statement from the Bank of England, they write “Public acceptability is important and we need to factor this into our decision.  Our website provides further details about polymer and our programme of events across the UK.  The consultation programme will end on 15 November 2013 and the Bank’s final decision, in the light of feedback, will be announced in December 2013."

Commenting, Deputy Governor of the Bank of England, Charles Bean, said: “Polymer banknotes are cleaner, more secure and more durable than paper notes. They are also cheaper and more environmentally friendly.   However, the Bank of England would print notes on polymer only if we were persuaded that the public would continue to have confidence in, and be comfortable with, our notes.

“The results of the consultation programme on which we are embarking will therefore form a vital part of our assessment of the merits of polymer banknotes.”

If a decision is made to move to polymer, the Bank will also introduce smaller banknotes whihch are easier to fit into purses and wallets and more like those in other countries.

This will not alter the current look of Bank of England banknotes: the existing format of tiered sizing will be maintained so that higher value notes get gradually bigger.

They will also continue to feature the Queen, and to celebrate people who have made a universally-recognised and lasting contribution in their particular field of work.

Chris Salmon, the Bank’s Executive Director, Banking Services and Chief Cashier, said today: “The forthcoming consultations demonstrate the Bank’s commitment to transparency in relation to banknote issues, and are aimed at enhancing awareness and understanding of polymer so that the public can feed into the Bank’s decision in an informed way.  I am looking forward to participating in a number of consultation events over the next two months.”