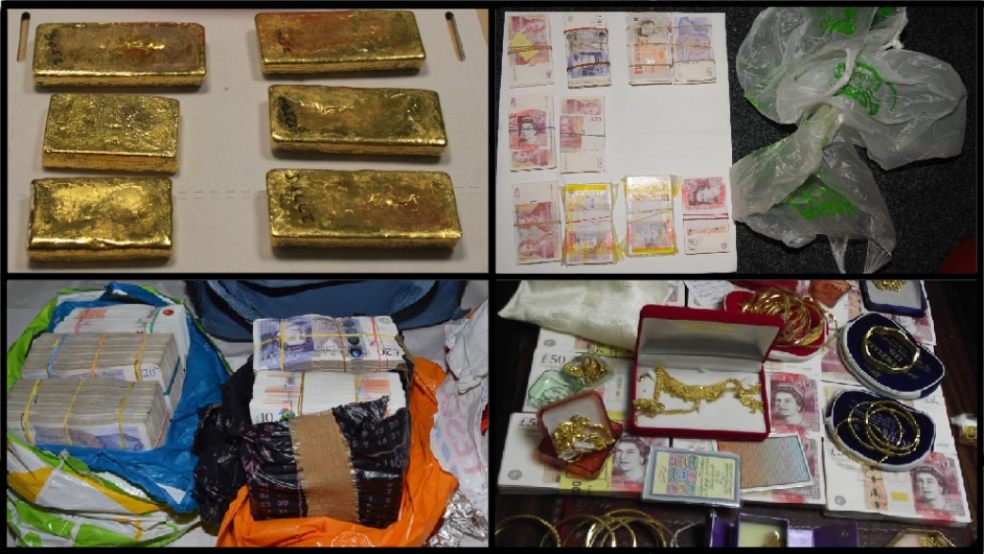 More than £1 billion has been recovered from the proceeds of crime and tax offenders since the formation of a specialist HM Revenue and Customs (HMRC) fraud squad five years ago.

Launched in April 2016, the department’s Fraud Investigation Service (FIS) has now recovered assets equivalent to funding around 20,000 NHS nurses for an entire year.

FIS has been proactively pursuing the suspected proceeds of crime using enforcement powers, both criminal and civil, to disrupt the movement of cash and assets. Since 2016, more than 1,200 seizures of cash and assets have been made while on operational duty, including gold bars worth £750,000 from a passenger at Manchester Airport and £48,000 found in a freezer drawer, hidden among chicken nuggets at a house in Blackpool.

Simon York, Director, Fraud Investigation Service, HMRC, said: “To reach this £1 billion milestone in five years speaks volumes to the dedication, hard work and skill of FIS to recover the proceeds of crime from those who try to cheat the system.

“Whether it’s cash seizures, confiscation orders or account freezing orders, recovering these assets stops criminals bankrolling their lavish lifestyles and funding further crimes that harm our communities, such as drugs, guns and human trafficking. Crucially, this money goes back into the public purse, helping fund our vital services such as schools and hospitals.

“We are committed to recovering criminal assets and today the message is clear – crime doesn’t pay.”

Some of the bigger and varied seizures and confiscations include:

· £750,000 of gold bars seized from a lunchbox at Manchester Airport, which were auctioned off with proceeds going back into the public purse.

· A £1.7 million confiscation order imposed on a payroll fraudsterwho had to stump up the cash or face having four years added to his nine-and-a-half year sentence.

· More than £840,000 in cash was seized at a residential garage in Sydenham, south-east London, after FIS helped dismantle a gang responsible for a £9.5 million tobacco fraud.

· £48,000 found in a freezer drawer, hidden among chicken nuggets at a house in Blackpool, as part of a £16m tobacco fraud.

· A convicted fraudster was ordered to hand over poker winnings twice in 2018 and 2019 totalling £99,030 to satisfy an outstanding confiscation order.

The formation of FIS in 2016 brought together HMRC’s criminal and civil investigators – a world-first for tax enforcement. This partnership allows HMRC’s investigators to unlock the most complex financial crimes.

Criminal cash is seized by HMRC officers under the Proceeds of Crime Act 2002 (POCA). If the courts are satisfied the cash is from a crime, or was going to be used in a crime, they can order a forfeiture. In uncontested cases, HMRC can administratively order forfeiture of the cash.

HMRC also obtains Account Freezing Orders to freeze balances in bank accounts where it is suspected they contain criminal money. A financial investigator uses a range of tools at their disposal to investigate the cash or account and any criminality. This may involve interviewing the suspect, obtaining production orders on identified bank accounts and assessing whether the cash was seized alongside illegal items such as non-duty paid alcohol or tobacco. Uncontested cases can be administratively dealt with by HMRC, while others would be determined in a court.

Confiscation Orders can be imposed on tax fraudsters after conviction. Investigators will assess the criminal benefit from their crimes and evaluate any assets they hold.  If the assets held by the convicted criminal at the time of the order are less than the benefit derived from the fraud, then any future assets can be confiscated up to the value of the benefit of the fraud.

The courts make the final decision on a Confiscation Order. Failure to pay leads to default sentences and many more months or years in jail and they will still owe the money when released. The recovered money is returned to the public purse.

The Contractual Disclosure Facility (CDF) is another tool for FIS to deal with serious fraud cases. The CDF allows tax evaders to admit their fraud and agree to pay the tax in full, along with interest and penalties due. However, if FIS discover that individuals have not made a full and frank disclosure via the CDF, they can and do criminally investigate and prosecute.