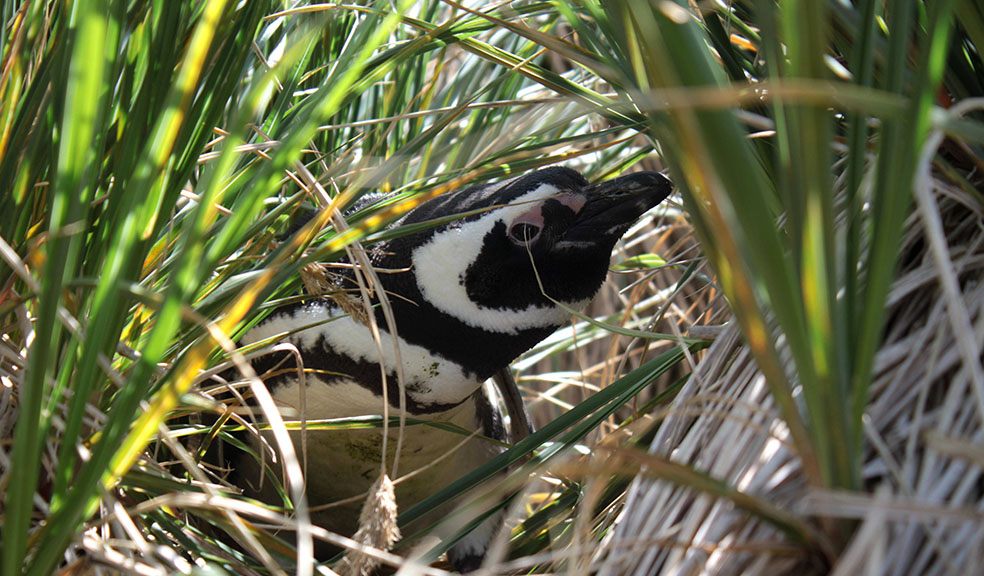 Living Coasts has announced a new conservation project linking Torquay with a group of islands half a world away.

Torquay’s coastal zoo’s latest project is based on the Falkland Islands – an archipelago of over 750 islands, home to roughly 3,000 people, 500,000 sheep - and one million penguins. Yes, this is a UK territory with penguins.

The islands are home to some of the most threatened ecosystems on the planet, sensitive to change and to the introduction of native species. In the Falklands, historic human activities such as livestock grazing, burning (to drive out sea lions) and the introduction of non-native plants and animals have all had an impact on habitats.

Now, Living Coasts is teaming up with NGO Falklands Conservation to support habitat restoration work. The project involves clearing invasive species and replanting tussac grass or tussac (Poa flabellate), a tussock grass native to southern South America and the islands of the South Atlantic. It grows in clumps two metres high, and is a feature of much of the Falklands’ landscape.

Living Coasts Curator Clare Rugg: “We’re planting grass in the South Atlantic! Birds and seals live among the tussac. On top of that, tussac peatlands form a large store for atmospheric carbon, so planting tussac can help in the fight against climate change.”

The focus of Living Coasts’ work is a remote and rarely visited spot in far West Falkland called Ship Island. Owned and managed by Falklands Conservation, this is now effectively Torquay’s own South Atlantic nature reserve.

Clare again: “It’s all about habitat conservation, which in turn helps biodiversity. Ship Island remains great for some biodiversity – there are seabirds from penguins to waders to giant petrels, but its habitats and wildlife are under pressure from non-native plants and animals. Although the link between Living Coasts and Falklands Conservation is penguins, this is not simply a single species issue.

“We want to help make sure Falklands plants and animals survive. Healthy ecosystems with a good range of native species preserve the precious soil, store water and carbon and withstand climate change (with the threat of increased storms and reduced soil moisture) better than impoverished areas. We’re rewilding the South Atlantic!”

Torquay’s coastal zoo and aquarium is home to around 80 free-ranging penguins. Five species of penguin live on the Falklands: gentoo, king, Magellanic, southern rockhopper and macaroni (one of the species that can be seen at Living Coasts). The Falklands have more gentoo penguins than anywhere else in the world. There are only a few pairs of macaronis, but on South Georgia, an island 1,500 kilometres to the south-east, there’s another three million… For more information go to www.livingcoasts.org.uk or ring 01803 202470.