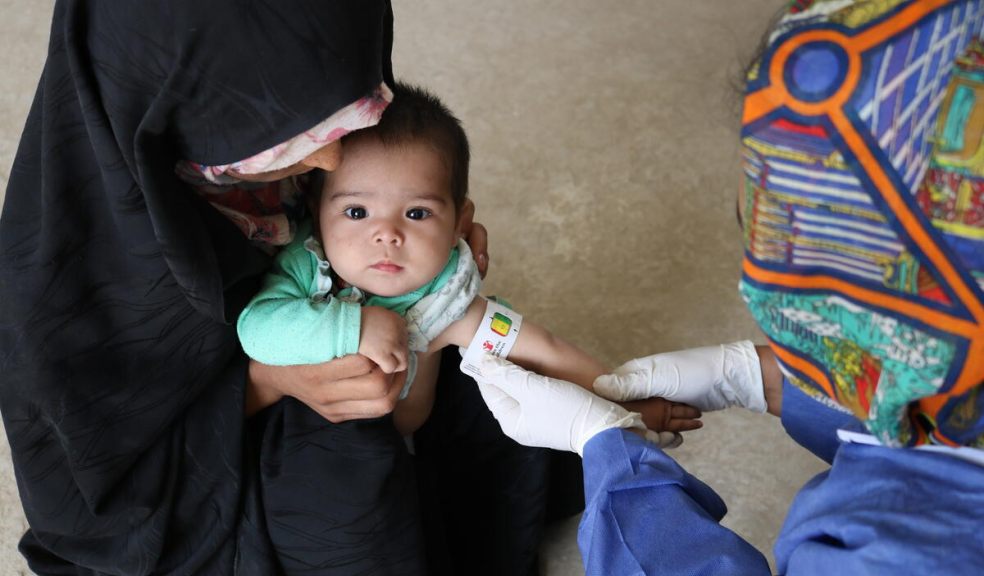 Leading UK aid agencies will launch a joint fundraising appeal on Wednesday 15 December as a catastrophic rise in severe hunger sweeps Afghanistan, with eight million at risk of starvation over the harsh winter months. Children are already dying, and a million more are at risk.

The Disasters Emergency Committee (DEC) Afghanistan Crisis Appeal will raise funds for member charities to urgently respond as conflict and economic collapse, coupled with the worst drought in 27 years and the Covid-19 pandemic, have brought Afghanistan to a tipping point.

DEC charities, including the International Rescue Committee UK, British Red Cross, Save the Children and CAFOD, say that urgent action to scale up operations is needed to prevent many lives being lost as more than 22 million people – 55% of the population – don't have enough to eat.

More than eight million people are on the brink of famine, with a million children under the age of five at risk of dying over the next three months. Acting quickly is essential before the freezing winter sets in, with temperatures falling as low as -12 degrees centigrade.

Three million children under five are expected to suffer acute malnutrition over the winter as families are unable to grow or pay for food. DEC charities are reporting hospitals already struggling to treat shockingly malnourished mothers and children due to a lack of medicines and supplies.

Saleh Saeed, DEC Chief Executive, said: “The situation in Afghanistan is now beyond horrific. A million children are at risk of dying this winter. We can’t just sit back and let that happen. We must act fast to reach them with the food they so badly need.

“Our members are on the ground and already helping but we urgently need to scale this work up to reach many more in need. People are starving – eight million are on the brink of famine.

“We're urging people to donate to help families feed their children, protect themselves against freezing temperatures and to provide vital medical supplies to deal with malnutrition, hypothermia and acute respiratory infections, otherwise many young children will simply not survive the coming months. Thanks to the UK Government, donations from the public will be doubled up to £10 million.”

The BBC, ITV, Channel 4, Channel 5 and Sky will be broadcasting appeals on Wednesday (15 December) following the news in support of DEC fundraising. Appeals will also be broadcast on BBC and commercial radio.

Donations from the public will be matched pound-for-pound by the UK Government up to a total of £10 million through its UK Aid Match scheme. This support will double the impact of the public’s own donations and will ensure that charities working on the ground can reach more people in need.

To  make a donation  to the DEC Afghanistan Crisis Appeal visit www.dec.org.uk  call the 24-hour hotline on 0370 60 60 610 or send a cheque. To donate £10 text SUPPORT to 70150.  Texts cost £10 plus your standard network rate and the whole £10 goes to the DEC AFGHANISTAN CRISIS APPEAL. You must be 16 or over and please ask the bill payer's permission. For full terms and conditions and more information go to www.dec.org.uk