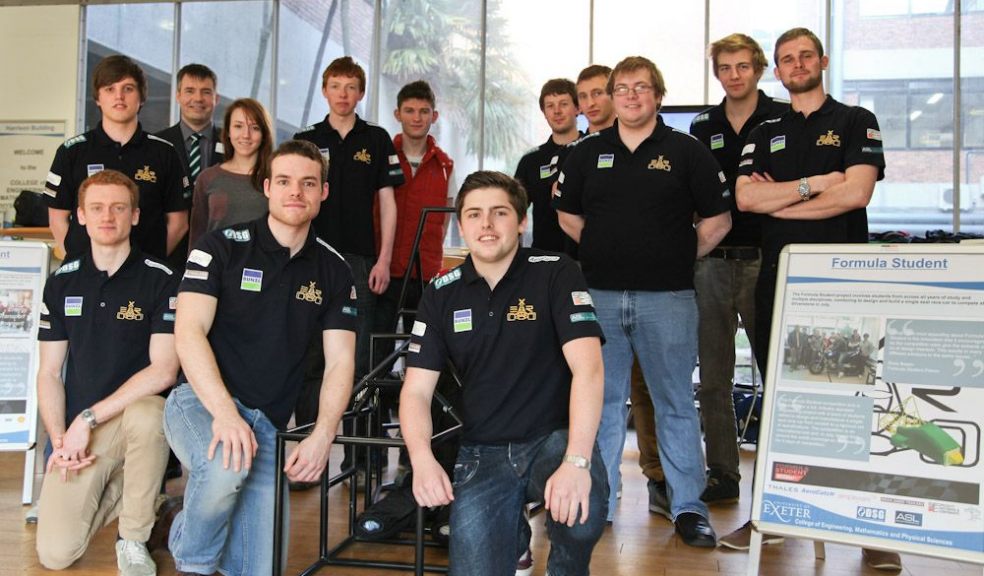 Engineering students from the University of Exeter are, for the first time, gearing up for a UK competition which will pit their engineering skills against 149 teams from 32 different countries. The Exeter students will today unveil the racing car that will compete in Formula Student - an international motorsport competition run by the Institution of Mechanical Engineers. The car will be revealed by the team at a public launch event at the University.

University teams from across the world are challenged to design, build and race a single seat racing car from scratch in one year – before putting it to the test at one of the world’s greatest racetracks.

The cars are judged on their speed, acceleration, handling and endurance, while the teams are tested on their design, costing and business presentation skills. As well as being tested on the track, students will have to defend every design decision to industry judges. Formula Student takes place at Silverstone on July 3-7 2013.

Joe Wait, Exeter Formula Student, said: “What we really like about this project are the similarities to a real engineering project, which involves working with lots of different people. For example, I can’t design the body on my own; I have to know what the chassis will be like.”

The launch of the car will feature some of Exeter’s former students in the motor racing industry: Sam Tozer, now a design engineer with McLaren, who will unveil the new car, and Sky TV’s Formula 1 presenter Ted Kravitz.  Senior members of the University and representatives of the IMechE will also attend to see the car and support the team.

Ross Brawn OBE, Formula Student Patron and Team Principal of the Mercedes AMG Petronas F1 team, said: “Formula Student has been helping to develop world-class engineers for 15 years now. It’s a fantastic challenge for students to undertake and encourages huge amounts of innovation, which I am particularly passionate about.”

The Exeter team is sponsored by the University’s Annual Fund and a range of companies including Avalon Sciences, Aerocatch, Thales, DSG, Simpleware, Brian James Trailers and Eastaways. Many other companies have offered discounts, supplied parts and offered help to encourage the team. Further sponsors are welcome to help the students cover the remaining costs of attending the event at Silverstone.