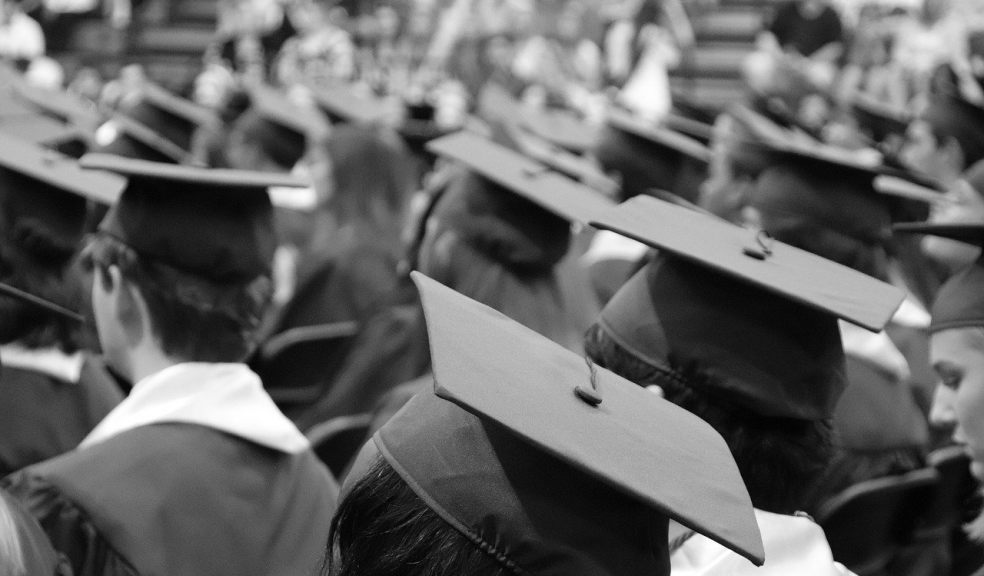 Thousands of students will finally be able to mark the end of their studies in traditional style as summer graduation ceremonies return at the University of Exeter.

The class of 2022 – and those from 2020 and 2021 who have been waiting to mark their achievements with family and friends – will all graduate during a bumper series of ceremonies held this month and throughout July.

The University’s new Chancellor, Sir Michael Barber, will preside over the events for the first time, which will also see awards handed to honorary graduates from the arts, sciences, music, journalism, the charity sector and law.

This year, 14,334 people will be graduating during 58 ceremonies in June and July in Exeter and Cornwall. They are the first full-scale summer ceremonies to be held since 2019 due to the coronavirus pandemic.

A total of 31,000 guests are due to watch ceremonies, held on the Streatham campus and in Truro Cathedral, and 22,000 celebration “Exeter Forever” cupcakes and 14,000 punnets of strawberries will be on offer.

Next week, Sir Michael will be formally installed in his role as Chancellor, the ceremonial head of the University.  Sir Michael, who took up the role in January 2022, is a world-leading authority on education and public service delivery and the Founder and Chairman of Delivery Associates. He is the seventh Chancellor to be appointed by the University of Exeter, since it was created in 1955. He succeeds the late Lord Myners of Truro, a businessman and former Government Minister.

Professor Lisa Roberts, University of Exeter Vice Chancellor and Chief Executive, said: “We know how important graduation ceremonies are for our students and their families, and we are absolutely delighted to welcome back all those who have completed their degree since 2020 this year. It will be wonderful to see them again and give them the graduation experience they so thoroughly deserve.

“This means it is certainly a graduation year like no other with such a large number of ceremonies and we are looking forward to the joyfulness of the occasions.”

On his appointment to the role of Chancellor, Sir Michael said, “It is a huge honour and privilege to be invited to take on the role of Chancellor of the University of Exeter, which is a world-leading institution at the forefront of research, scholarship and teaching. Our ground-breaking work in subjects such as environmental science, medicine, and sport science, in fact right across the sciences, humanities and social sciences, is admired around the world. Our students and graduates play vital roles in communities and countries in the UK and across the world.  And as someone who lives in Devon, I am also constantly aware of the immense contribution the University makes to the West Country, through its campuses in Cornwall as well as Exeter, and through the research and development it contributes to the regional economy. It is a true pleasure to be sharing the graduation experience with so many students and alumni at this summer’s ceremonies.”

Sir Michael was educated in York before studying history at the University of Oxford, where he was President of the Queen’s College Student Union. He was a councillor in Hackney, the borough’s first Chair of Education and a teacher before working for the National Union of Teachers. He then became a Professor of Education, first at the University of Keele and then at the Institute of Education, London, where he worked on school and education system improvement.

Sir Michael joined the Department for Education in 1997, where he was the Chief Adviser on School Standards. In 2001, he founded for Tony Blair the Prime Minister’s Delivery Unit (PMDU) in No10, Downing Street, which he ran until 2005. In this role he was responsible for ensuring delivery of the government's domestic policy priorities across health, education, crime reduction, criminal justice, transport and immigration. His expertise on delivery from the heart of government, and the processes the PMDU developed were of interest to numerous other countries and major global institutions such as the IMF and the World Bank. He is the author of two acclaimed books ‘How to Run a Government’ and ‘Accomplishment: How to Achieve Ambitious and Challenging Things’

From 2005 to 2011 he was a partner at McKinsey and Company and Head of its global education practice. From 2011 to 2017 he was Chief Education Advisor at Pearson, where he played a key role in Pearson’s strategy for education in the lowest income sectors of the world, especially in fast-growing developing economies. Also during that time he visited Punjab, Pakistan more than 50 times to assist in reforming its education and health systems.

Sir Michael was the inaugural Chair of the higher education regulator, the Office for Students, until March 2021. From January to July 2021 he assisted the Prime Minister and Government on delivering their domestic policy priorities following the pandemic.

Summer graduation ceremonies begin on 20 June, when details about this year’s honorary graduates will be revealed.