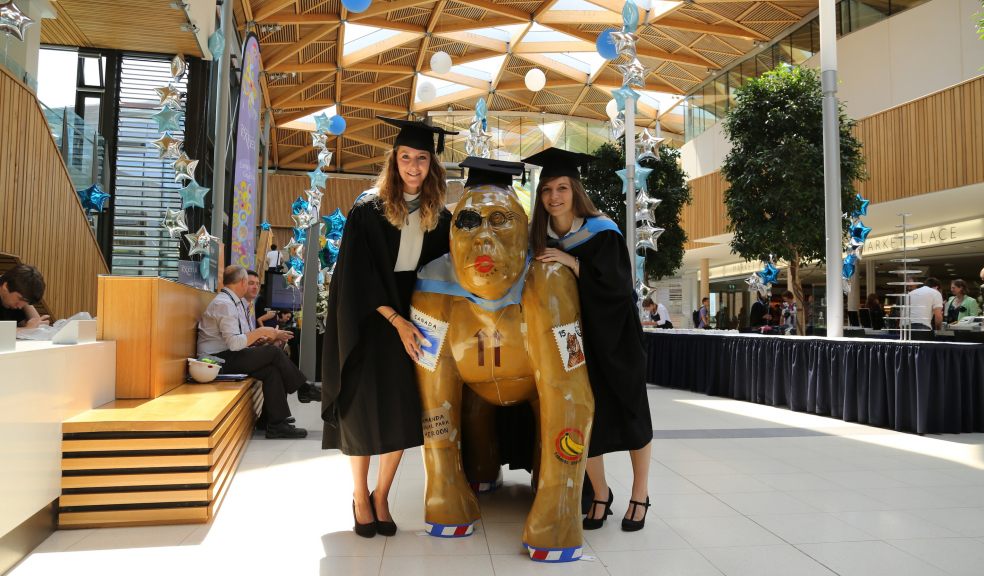 Everyone wants to get in on the graduation festivities at Exeter– even the animals! The University of Exeter’s resident gorilla, currently based in the Forum, is the result of a competition in which students were set the task of designing their very own Great Gorilla.

More than 70 fun and innovative entries were put forward and the winning design was Meriel Royal’s globetrotting Gorilla.  Meriel, a third year English undergraduate, was inspired by the idea of the Gorilla making stops around the world and collecting stamps of other endangered animals, before finally arriving in Devon ready for exhibition in the Forum now and then on the Quay in Exeter on 25 July.