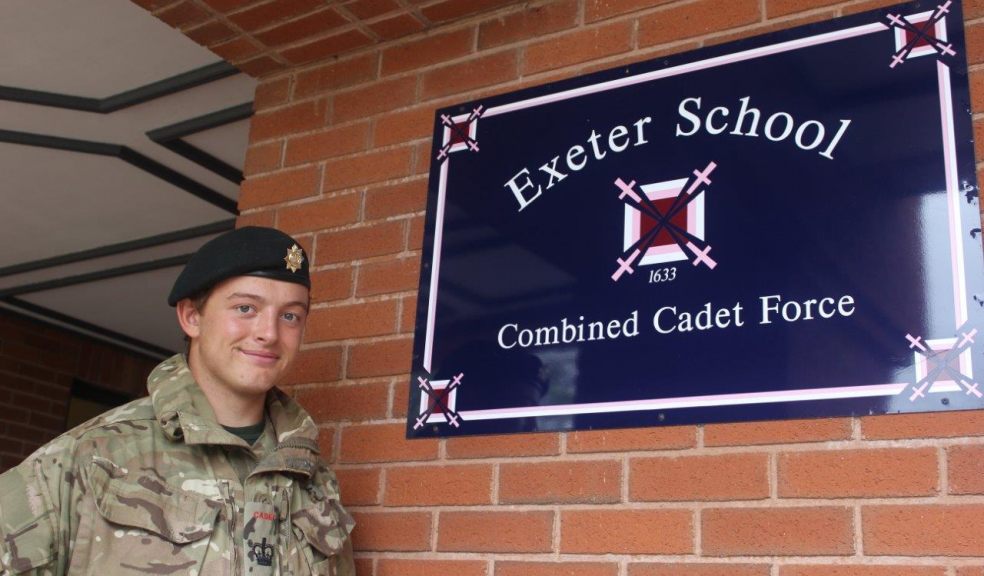 This means he receives financial support and has a guaranteed place at Royal Military Academy Sandhurst(RMAS) following his degree.

Head of the School Army Section Stan said: "I was elated to find out I was awarded an Army Scholarship this summer, meaning I have financial support through my final year of A Levels and university as well as guaranteed entry to the Royal Military Academy Sandhurst at the Officer level.

“The process took around ten months and involved undertaking interviews and weekend assessments as well as supplying academic references. Although arduous, I thoroughly enjoyed all of it and would highly recommend anyone thinking about a career in the armed forces to consider the Army Officer Scholarship scheme.

“We are lucky to be at a supportive school, where being a member of the Combined Cadet Force stands you in great stead for a future military career. Particular thanks go to my Head of House, Mrs Daybell, for helping with my application and Captain Trim for conducting practice interviews."

Exeter School Combined Cadet Force Contingent Commander Dr Simon Smale said Stan had been outstanding within the Army section of CCF and recently taken on the role as Head of Section.

“He has also been a Lord Lieutenant’s cadet for the past year. Stan is hoping to go on to a career in the military and the scholarship includes the provisional award of an undergraduate bursary.”

Stan hopes to go on to study Economics and Politics at the University of Cardiff.