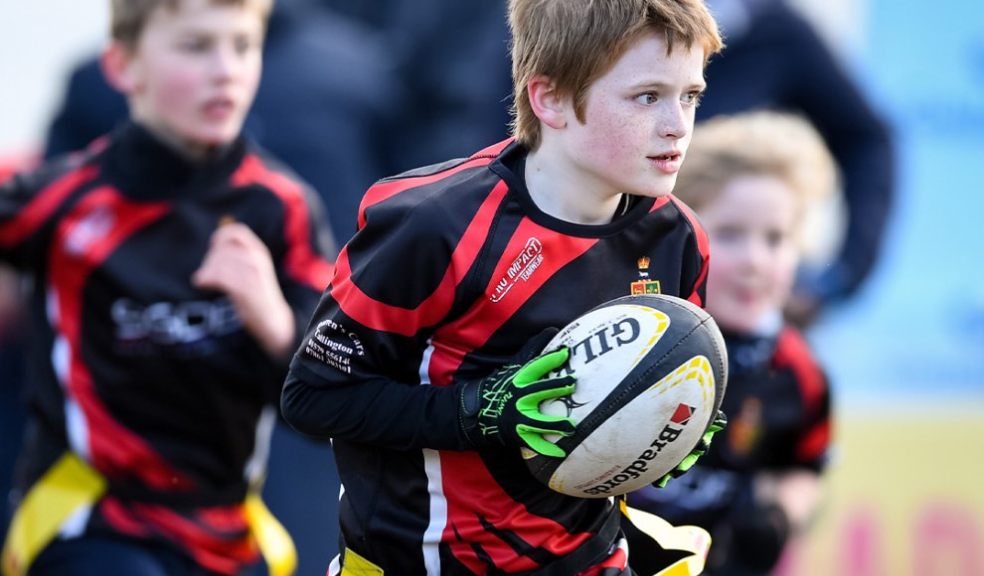 More than 100 children competed in the final of this year’s Bradfords Community Cup, the major regional tag rugby festival for under-8s held at Sandy Park.

Sponsored by Bradfords Building Supplies and hosted by the Exeter Chiefs Rugby Club, the Cup is designed to foster grassroots interest in sport in local communities around the region.

The Bradfords Community Cup followed the Community Cup Festival hosted back in October, where 1,000 children played mixed tag team rugby to secure their places in the final.

“Seeing the children, their coaches and parents come together for such an exciting tournament and the beams of pride as they received their trophies was fantastic,” said David Young, CEO of Bradfords Building Supplies.

“We have strong links with the local communities where we operate around the South West and supporting the next generation is a big part of that. The Bradfords Community Cup is therefore a great fit for us and we hope these children will continue to pursue their enjoyment of sport in the years ahead.”

The next qualifying Community Cup Festival will take place in October 2022. For more information, including entry details, visit:www.exeterchiefs.co.uk/community/bradfords-tag-festivals