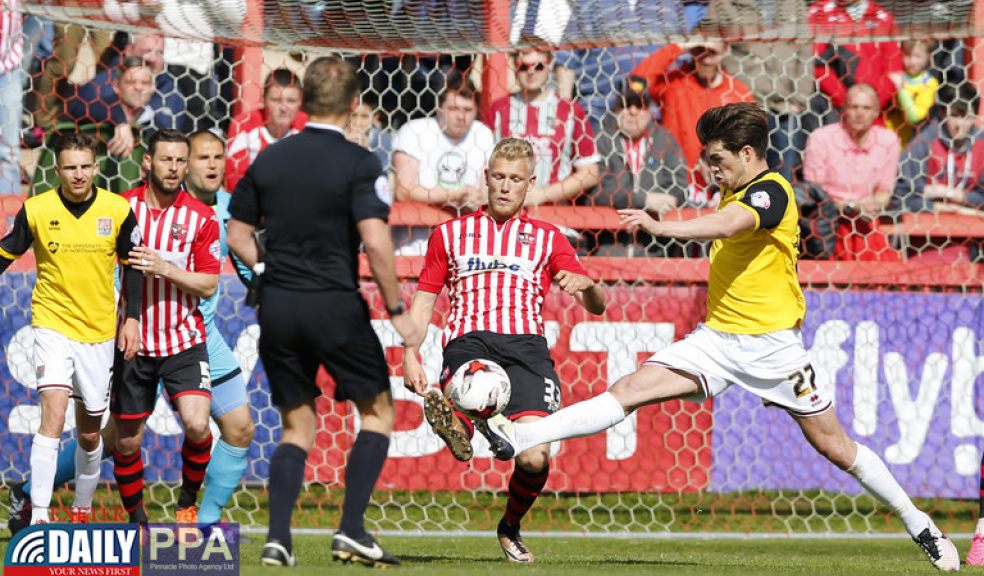 Despite the game finishing 0-0 it was an exciting encounter with both sides having good chances to score, and Stockley felt the hard earned point could make the difference at the end of the campaign as City continue their fight for the play-offs.

The 22-year-old said: “First half we were good and I think in the second half we had to show that were resolute. We were playing against a good team, and full respect to them for what they have done.

“Looking back it could be a good point come the end of the season.”

Stockley was at the forefront of City’s attack, holding up play well as he partnered the impressive Ollie Watkins up front.

Paul Tisdales side had multiple appeals for a penalty turned down by referee Oliver Langford and Stockley felt that the home side were hard done by in that respect.

He said: “I thought the one in the second half on Jake Taylor was a penalty and the one on me in the first half, but we haven’t had one penalty since I’ve been here yet so I’m not really expecting one!”

On loan from Bournemouth the striker did almost score a goal of Premier League quality after he crashed a header against the post just after the restart, but despite not getting on the scoresheet against the Cobblers he was satisfied with his performance.

He continued: “The second half was a bit of a fight but I’m confident at the moment and I’m happy with what I’m doing.”

With Stockley and his team mates taking heart from the strong performance against the league champions, they are just two points off of a play-off place as they now prepare to face Mansfield Town at St James Park on Tuesday.