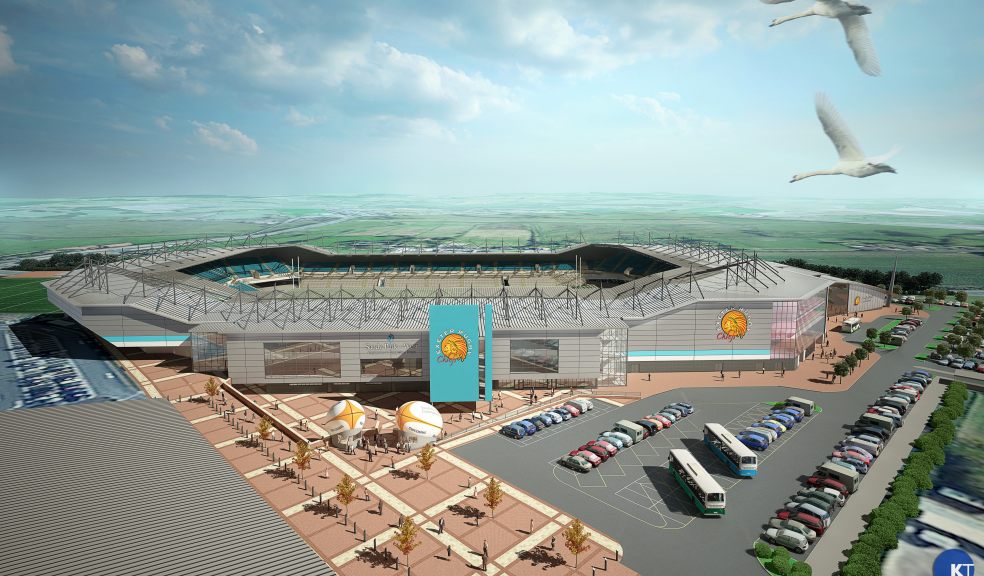 Exeter City Council last night voted unanimously in favour of the plans put forward to develop Sandy Park, the home of the Exeter Chiefs Rugby club. The Premiership side submitted ambitious plans earlier this year that would see the stadium's capacity increase from 10,750 to 20,600 and the club's conference and banqueting facilities also expanded.

Chiefs Chairman Tony Rowe said "We built Sandy Park with a view to getting into the Premiership.

He added: "We are not intending to go back to the Championship so we are looking at the future of our sport and where we want to go and Sandy Park when it is finished should be one of the best rugby stadiums in northern Europe."

The club, which has impressed in English rugby's top flight since earning promotion in 2010, were granted planning permission to expand the east stand in 2009, but work was never carried out. Those plans were now incorporated into the latest proposal.

The club intend to start work next year commencing with the development of the existing West stand, with work on three new permanent stands around the rest of the ground set to follow as funding allows.

The Chiefs recently announced another profit-making year and is one of just four Premiership sides alongside Northampton, Leicester and Gloucester to be in the black. The club's balance sheet is also set to benefit from the recent purchase of Leeds' 'P' shares guaranteeing them an extra £600,000 a season in funding from Premiership Rugby.

But despite that financial boost, Rowe has underlined the importance of the conferencing side of the business. "Sandy Park has four big function rooms and is basically a conferencing and banqueting venue for 340 odd days a year and the other 20-odd days a year we play rugby there," he explained. "They go hand in hand. The rugby business could not survive without the conference and banqueting business and vice versa. Each as a standalone business is a non-starter."

While committed to the development of the club's home ground, Rowe is wary of ensuring coach Rob Baxter has the funds at his disposal to cement the Chiefs' place among the elite. "This year we are roundabout the salary cap of £4.5m but we need to develop the ground more, so any more money that comes in will be ploughed into the playing budget with also one eye on improving the facilities. We're improving things all the time while trying to ensure Rob has enough money to put together a decent squad."

Exeter has not struggled to hold their own in the Premiership with a fifth place finish last season ensuring a first ever appearance in the Heineken Cup this term. And while the side tasted defeat to European giants Leinster and Clermont Auvergne in their opening fixtures, it could not detract from Rowe's delight being involved in Europe's premier club competition.

"I always knew we would get there but you still have to pinch yourself," said Rowe before reflecting on the speed of his side's ascent. "I can remember back 12 years or so ago when we were still at the old Country Ground. My Saturdays always used to start with breakfast with my deputy chief executive Keiron Northcott in the clubhouse. We would sit there planning the future and I would say, 'if we do this and do that we could be in the Premiership within so many years' and he would say, 'the Premiership is OK but I want to see us in Europe, in the Heineken Cup'.

With the expansion of Sandy Park now given the the go ahead, the next task will be to ensure that the club keeps pace in terms of on-field development with another top six finish in the Premiership the key to a return to the Heineken Cup. "It is a tough ask but the boys will do their best which is all they can do," said Rowe. "I'm sure if they do their best we can hang on in the top six and get another chance next year but it's going to be tough."