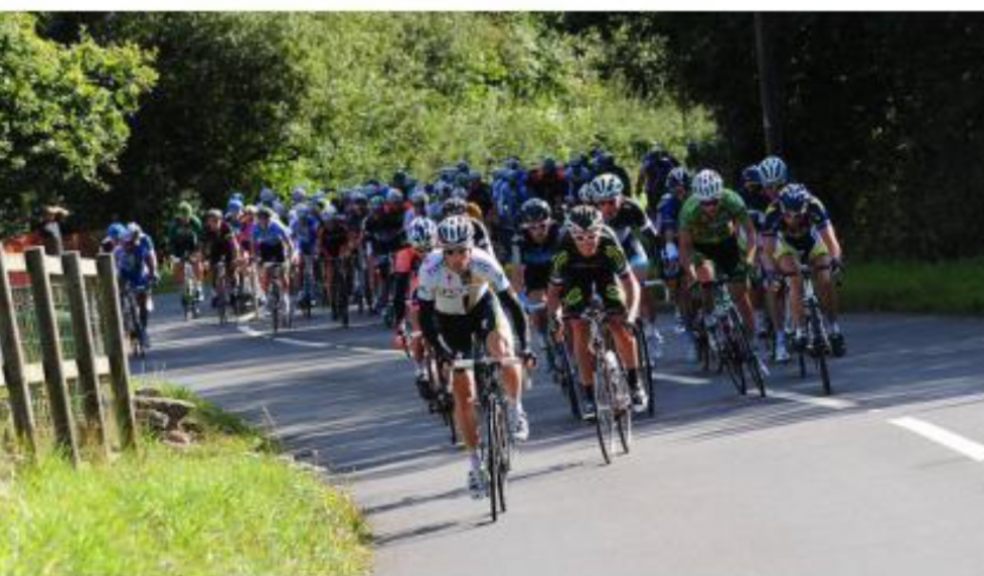 Around 115 miles (185km) of the county will feature in the Devon Stage of this year’s Tour of Britain on Monday 6 September.

We asked Freddie Scheske, Devon-based pro cyclist and University of Exeter graduate, to give us his verdict on the route which starts in Sherford and finishes in Exeter.

The Ribble Weldtite Pro Cycling rider is hoping to make his Tour debut next month and he knows exactly what awaits the peloton in Devon. Here’s his prediction for the 2021 edition of the race (which you can also view on YouTube https://youtu.be/7egmM1CTLM4 ).

“It’s going to be a hard day,” admits Freddie. “But it will be really exciting to watch.

“It’s a gorgeous route, loads of great views – not that the peloton will have time to look at them while racing. You’re pretty much focused on the pain of the hills and racing the race.

“The run in to the intermediate sprint at Slapton is fast and flat, it’s going to be really quick – probably upwards of 50km/hour. Any breakaway will probably soak up the Sprints points, but they’ll be going for it as it’s Stage Two and the Sprints Jersey will still be up for grabs.

“All of the hard climbing is in the first half of the Stage. Assuming it’s not full gas from the off everyone should be OK getting over the top of that.

“I reckon the decisive point will be the climb out of Tavistock up to Princetown. It’s nothing mega-steep, but it definitely drags on. It’s probably the longest climb of the day.

“Just after that KOM is my favourite bit of the route. It’s really fast and flowing, it’s up and down. There are a few dips you can hit at speed to come up the other side pretty quick, a bit like a rollercoaster on a bike. It’s great fun!

“If there’s a tailwind on Dartmoor, and you leave a breakaway out there on those roads I reckon they’ve got a good chance of staying away because it’s hard to chase someone down on Dartmoor. From there on it’s fast and rolling to the finish. There’s a fast descent at Moretonhampstead and there are a few little kickers to surprise you!

“I would probably say the fastest part of the Stage will probably be the last descent just before you get into Exeter – that will be really quick.

“The last climb before you get into the flat run-in to the finish in Exeter is only short but it’s steep, and after 180km, it’s going to hurt the legs!

“If it’s a small group of 20 riders, someone could go on those last few kickers into town and possibly stay away solo. But if not, then it will be a reduced bunch sprint into Exeter.”

Councillor Stuart Hughes, Devon County Council Cabinet Member with responsibility for cycling, said: “It’s great to get Freddie’s thoughts on the Devon Stage. A lot of planning goes into designing the route, not only to make sure it’s a challenge for the professional riders, but also to try to pass through as many communities as possible. Seeing people turn out in their local community to cheer on the riders is what makes The Tour such a unique and inspiring event.”

Councillor Jonathan Hawkins, South Hams District Council Executive Member for Health and Wellbeing, said: “The route for the Devon stage is a varied and testing one. It takes in some beautiful parts of the county, particularly here in the South Hams. The start at Sherford should be a really memorable day for the community. I can’t wait to see our residents turning out in a number of our towns to cheer on the cyclists. The buzz from live sports crowds has been something we’ve sorely missed during the pandemic, so it’ll be exciting to have that experience again on our doorstep.”

Councillor Duncan Wood, Lead Councillor for Leisure and Physical Activity, said: “With Exeter concluding the Devon stage and what could be a really exciting finish in the city centre, the anticipation and excitement is already beginning to build and I for one can’t wait for the race.”