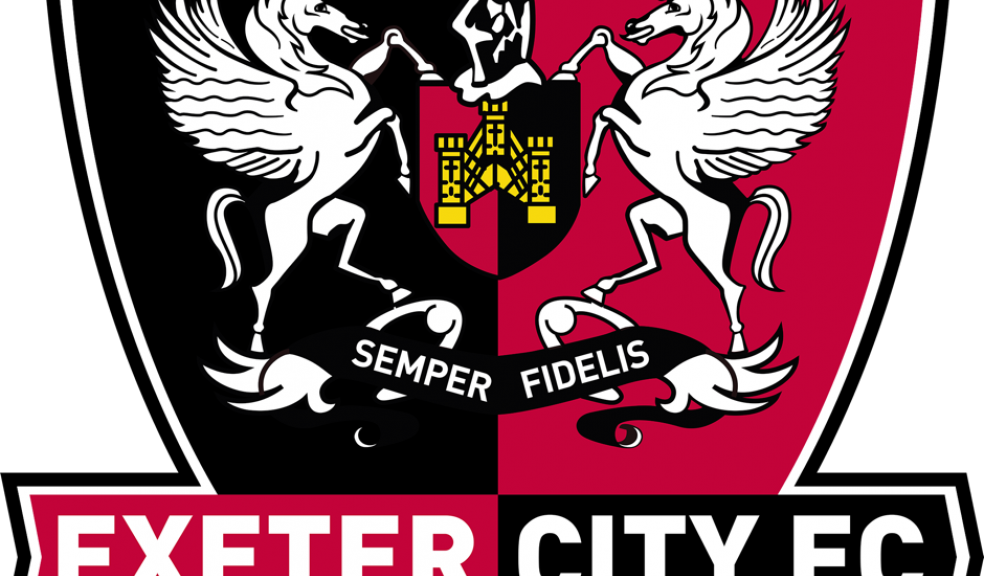 Exeter City were held to a 1-1 draw at St James Park by Newport County AFC in Sky Bet League Two.

Despite going ahead through Jayden Stockley's first half header, the Grecians were pegged back by Mark Harris late in the game as the sides shared the points.

The Grecians made three changes to the side that started the Carabao Cup tie with Ipswich Town in midweek as Dean Moxey, Lee Holmes and Jonathan Forte all came into the side against the Exiles.

A competitive opening 10 minutes saw Mike Flynn’s side create the first chance of the match when the ball dropped kindly for Jamille Matt to fire powerfully at goal just inside the box, but for Christy Pym who made a vital stop.

The resulting corner then caused havoc in the City area before the ball eventually rebounded off Jake Taylor on the goal line with Pym then able to pounce and collect.

The Grecians failed to create any real clear-cut chances in the opening 15 minutes, despite Forte looking dangerous in behind, as Jayden Stockley shot over from distance.

But City managed to get themselves in front when Stockley’s glancing header found Joe Day’s far corner from Jake Taylor’s in-swinging free-kick, as the striker netted his second goal of the season.

Newport then had a good chance to go level when Padraig Amond rose in the air under pressure from Troy Brown, and the ball eventually fell to Josh Sheehan, who blazed over.

A physical first period, which saw a number of free-kicks given for both sides, then came to an end as Matt Taylor’s side took a narrow lead into the break.