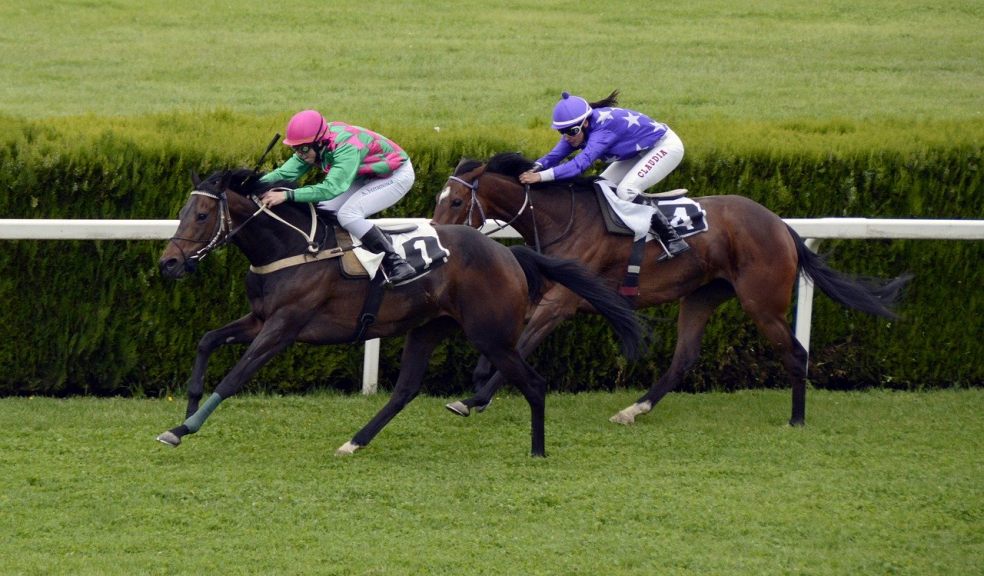 When talking about the best horses in the horse racing industry, few names naturally come to mind. However, no one will ever forget the legendary thoroughbred horse, Secretariat. Many heard his story, and if you ask around horse racing fans and experts, they will tell you one thing, Secretariat is not like any other horse.

Secretariat is a true legend in the field, and his racing dominance is incomparable. Now, let us dive into his racing days, forming years, and up to how he strongly dominated the Triple Crown series—an in-depth look at how Secretariat became a legendary horse.

Secretariat started racing at two-years-old, which is the right age for young horses to start running on different races. He finished fourth in his 1972 debut maiden race but won the other eight remaining starts, including five stakes. He only lost one during the Champagne Stakes, which was due to interference, disqualified him from first place, and came in second instead.

In the same year, Secretariat received a recognition first to all young horses- the 1972 Horse of the Year award. He also received the Eclipse Award as a two-year-old champion colt. In 1973, Secretariat, three-years-old, trained and prepared to run the famous Triple Crown series.

Owned and bred by Penny Chenery, the owner of Meadow Stable in Virginia, Secretariat was trained by Lucien Laurin. Laurin is a retired jockey who has earned a couple of recognitions. He trained Secretariat during his first year and then saddled Meadow Stable’s prominent horse, Riva Ridge, to winning both the Kentucky Derby and Belmont Stakes.

His professionalism and experience as a jockey showed during his training with Secretariat. Teamed-up with French-Canadian jockey, Ron Turcotte, they saw the fruit of their labor after Secretariat dominated the three iconic races.

He set a record time in the Kentucky Derby, championed the Preakness Stake, and made the most memorable racing history during the Belmont Stakes. After his accomplishments, Secretariat was recognized as the best horse to compete and run the prestigious Triple Crown series.

Of course, Secretariat wasn't the only horse who completed and championed the Triple Crown series. Other horses made a name after conquering the series, such as Citation in 1948, American Pharaoh in 2015, and the latest, Justify in 2018. However, what set Secretariat apart from these horses?

To many fans and experts, it is not just about how he ran through the racetrack and completed it in the first place. The way he conquered the Triple Crown series sets the significant difference among the other champions. When people hear Secretariat’s actual figures, most are painted with surprise at how fast this horse can run.

In numbers, Secretariat ran the Kentucky Derby, a 1.25 miles race distance, at 1 minute and 59.4 seconds. He finished the Preakness Stakes at 1 minute and 53 seconds. And lastly, in the Belmont Stakes, where he gained so much popularity, he set a record of 2 minutes and 24 seconds. He ran the hellish 1.5-mile length of the so-called ‘The Test of the Champions,’  earning the title of the fastest horse to ever run on dirt in the US.

Secretariat’s Differences Among Other Champions

Secretariat’s horse racing results are incomparable and truly deserves all the recognition. But it doesn't stop there. What set him apart from others is how he ran each mile at an accelerating pace. It was during the Kentucky Derby that he successfully ran each quarter-mile segment faster than the one before it.

Another outstanding performance from Secretariat is during the Belmont Stakes. Secretariat broke the doors as he and Sham quickly raced the first two quarters in 23.06 seconds and 22.06, respectively. The time record is said to be the fastest opening time in the history of horse racing.

Not only that, but Secretariat set another record for completely breaking the record of Count Fleet in 1943, who won the Belmont Stake at 25 lengths. Secretariat led by 1/16 of a mile and championed by 31 lengths.

As per Turcotte, Secretariat's winning jockey, the experience is exhilarating. He heard the announcer saying exactly how many lengths they are ahead, and the crowd's cheer was deafening. To him, it was indeed a memorable experience no other jockey probably experienced.

There is always a debate on which horse can closely compete with Secretariats' dominance in the race track. Many compare him to famous horses, such as Seabiscuit, Monarchos, and American Pharaoh. All these champion horses are the best horses at their own time.

However, comparing them to one another won’t do as each has a different capability in the track. These are impressive, too, when it comes to numbers. Monarchos, for one, came in second to Secretariat as he set a record time in the Kentucky Derby, with 1:59:97, just 57 seconds slower to Secretariat’s 1:59:40 record.

There is no use in comparing these great horses from each other. They have greatness on their own and ran a great race during their years.

Secretariat will always be the most iconic horse in the horse racing industry. He will always be remembered for his strength, agility, and dominance in the race track. Many enthusiasts look forward every year to see whether there are horses that can race like Secretariat. Although possible, it might be by a long shot. Secretariat might be gone for years, but his legacy will always leave the history of horse racing a tremendous event.